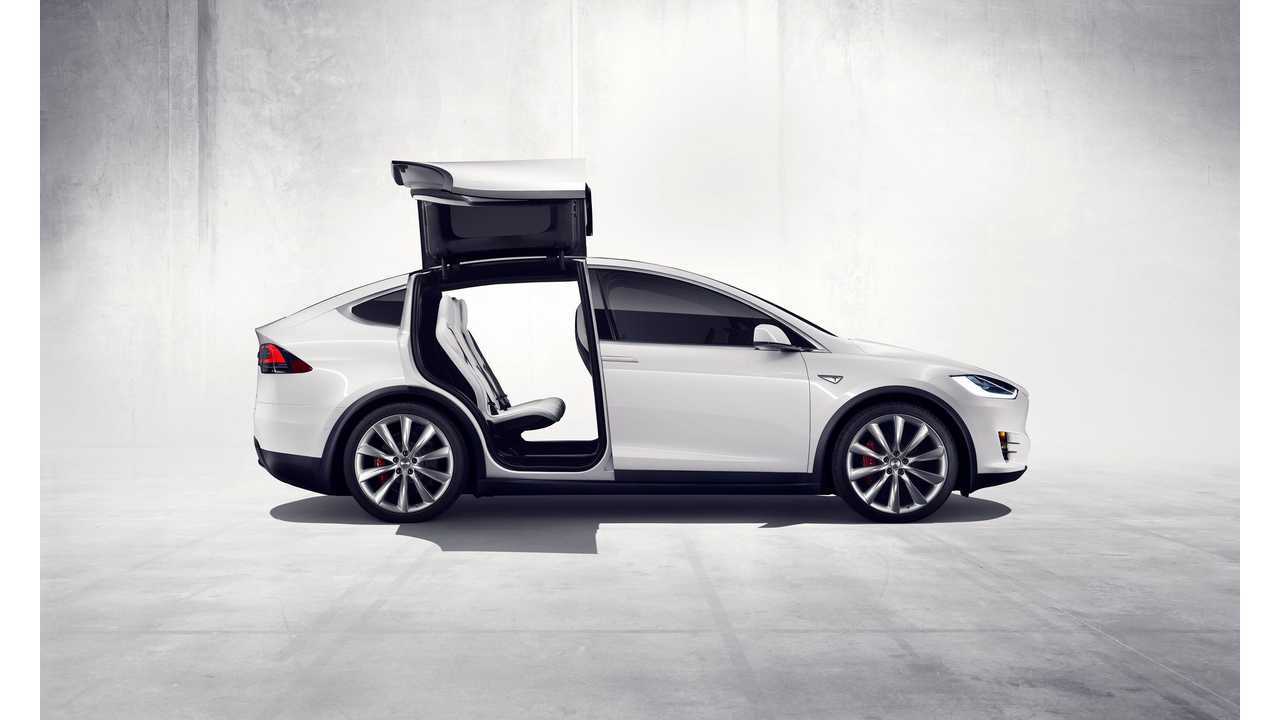 Men's Journal had a welcome opportunity to drive the new Tesla Model X:

"Stopped at the intersection of 14th Street and Ninth Avenue, one of the first Tesla Model X crossover utility vehicles to ever roam the streets of New York is hardly attracting any eyeballs. Perhaps that's because lost tourists and harried commuters didn't hear the Model X coming. That's OK, because it's still not clear yet if the Model X, essentially a taller and larger Model S sedan, will be the next big thing for the brand. Although our time with the Model X P90D — the fastest, 762-horsepower version — was short, our route still comprised cobblestone roads, highways (OK, we're being generous calling the West Side Highway one), and the afternoon rush."

The Model X, just like the Model S, is available in 70D, 90D, and P90D. The test car was the latter. The SUV weighs in 800 pounds heavier than the Model S, but it still has more than adequate punch. Men's Journal claims:

Like all of Tesla's vehicles, and especially those with Ludicrous mode, it nearly jumps off the line, but acceleration cuts back after the initial launch.

The size of the SUV is not as large as one would assume. It is "about 10 inches longer than a Nissan NV taxi and about 10 inches shorter than a Chevrolet Tahoe SUV." However, the power behind the vehicle makes it feel like a sports "minivan." The base model boasts 500 hp combined. The upper level model, at 762 hp, is rated to tow up to 5,000 pounds!

One very "noticeable" feature of the Model X are the "falcon doors." Are they just there as part of the facade? Appeal factor? Well . . . not really, although they surely attract attention and have been a focal point in recent media and pics, the "easy access" rear doors will prove as a huge advantage for families accessing car seats, and elderly or disabled passengers.

Tesla has reported that the "futuristic" doors have sensors to assure that, upon opening, won't knock into ceilings and walls. Or, "errant youths," per the Men's Journal reporter.