It's the first review of driving in the all-new 2016 Chevrolet Volt, and no, it's not from the media.  A lucky Canadian Volt owner recently had the chance to take a 2016 Chevrolet Volt for a spin, now in production at the Detroit Hamtramck facility.

Overall, GM-Volt.com forum member "kickincanada" reports that the 2016 is a big improvement over the already-popular and highly-ranked Generation 1 Chevrolet Volt that recently ended its production run in preparation for the next-generation model.

Additionally, the new steering wheel paddles provide strong regenerative braking on demand, and use of those paddles is said to also engage the Volt's brake lights.  Optional rear heated seats, a heated steering wheel, and the ability to use Apple CarPlay to display Google Maps on the center touch screen also impressed. 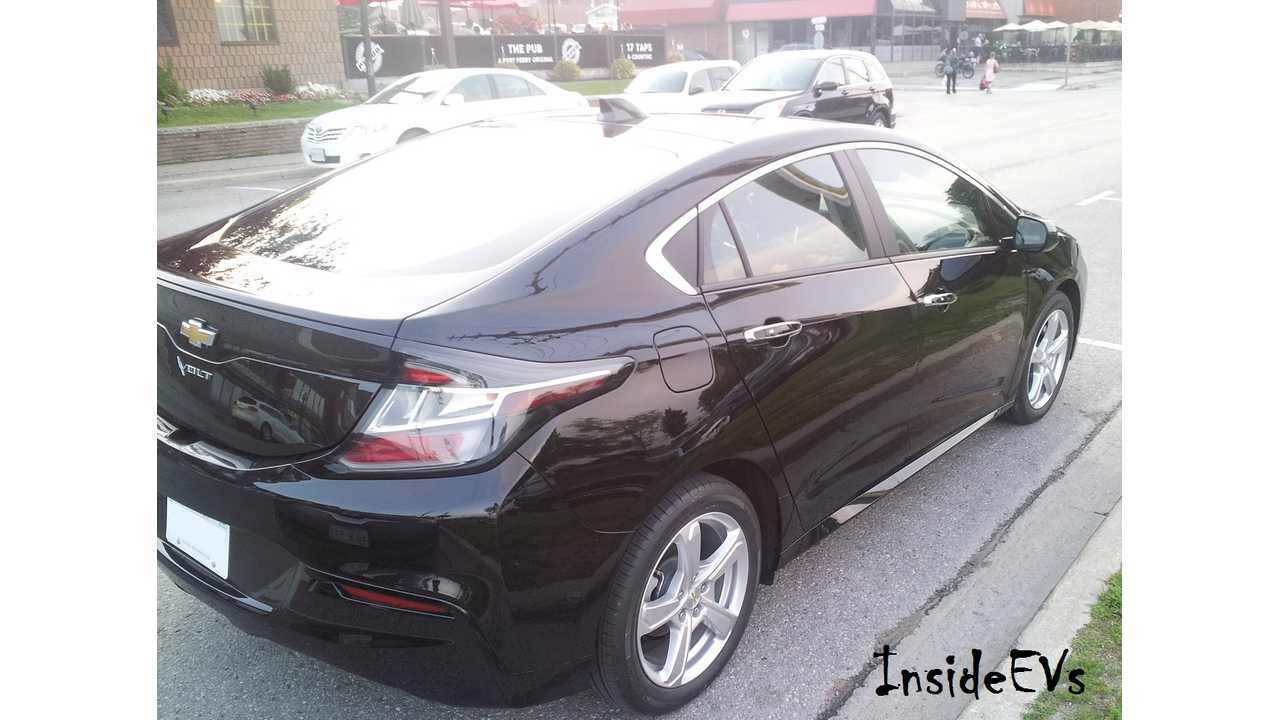 Another 2016 Chevrolet Volt Out For A Spin On Canadian Roads 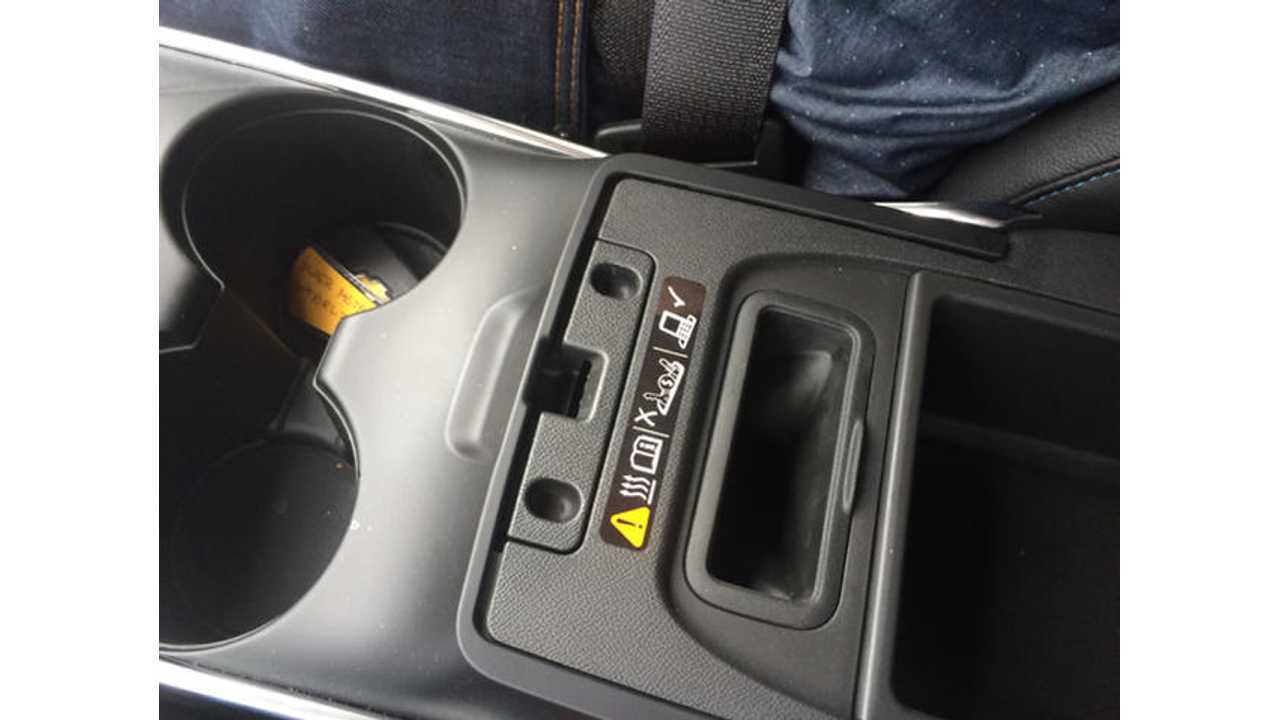 The 2016 Volt, Complete with Cellphone Cooling and Wireless Cellphone Charging, Standard on the 2LZ Trim

The reviewer confirmed that the engine will run to help assist in heating the cabin at temperatures colder than 15F, which is the same set point as the outgoing Volt (barring some last minute SW change).  Some may be disappointed with this detail, wanting to avoid gasoline use as much as possible and willing to sacrifice their comfort/warmth to that end.

Also noted is optional integrated wireless charging for your cellphone, eliminating the need for power cables to keep your phone charged while consuming power with features like Apple CarPlay or Android Auto.

The fifth seat was stated to make for an improved rear center console that can be folded down for use, but the fifth seat position is, as expected, not ideal for adults.  Many will still hail this as an improvement, allowing for three children to easily ride in the back seat, or if you prefer, your favorite canine.

After the initial "high" of being able to drive the most anticipated plug-in vehicle release of 2015, kickincanada had these final summary of his first impressions: 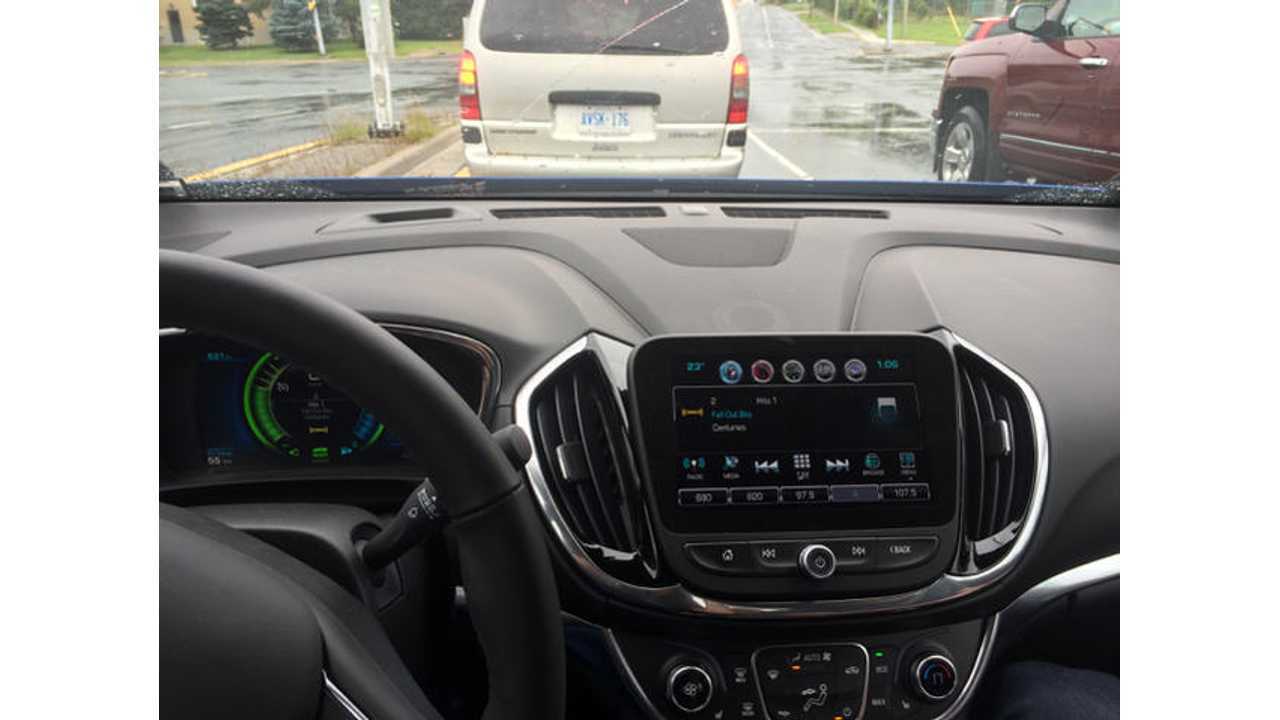 I've been thinking about my drive since my original post and I have to be honest and say the new 2016 is very, very good - best car for the money (with rebate) out there period. I've driven BMW and a few other "upscale" brands lately and there is nothing I would rather do than drive the new Volt (ok perhaps a Volt CUV if GM had one). And this is coming from someone who once said he would never ever buy a GM product. With this car, GM has proven to me it is probably the best car company out there. Even GEN 1 is still relevant five years after it was released, and it looks like this tradition will continue. Thanks GM!

For more details and an extended discussion on this early surprise test drive, check out the full discussion thread at GM-Volt.com

See also a list of Standard and Available Equipment for the 2016 Volt over at GM.com

By: Eric Cote
++
Got a tip for us? Email: tips@insideevs.com