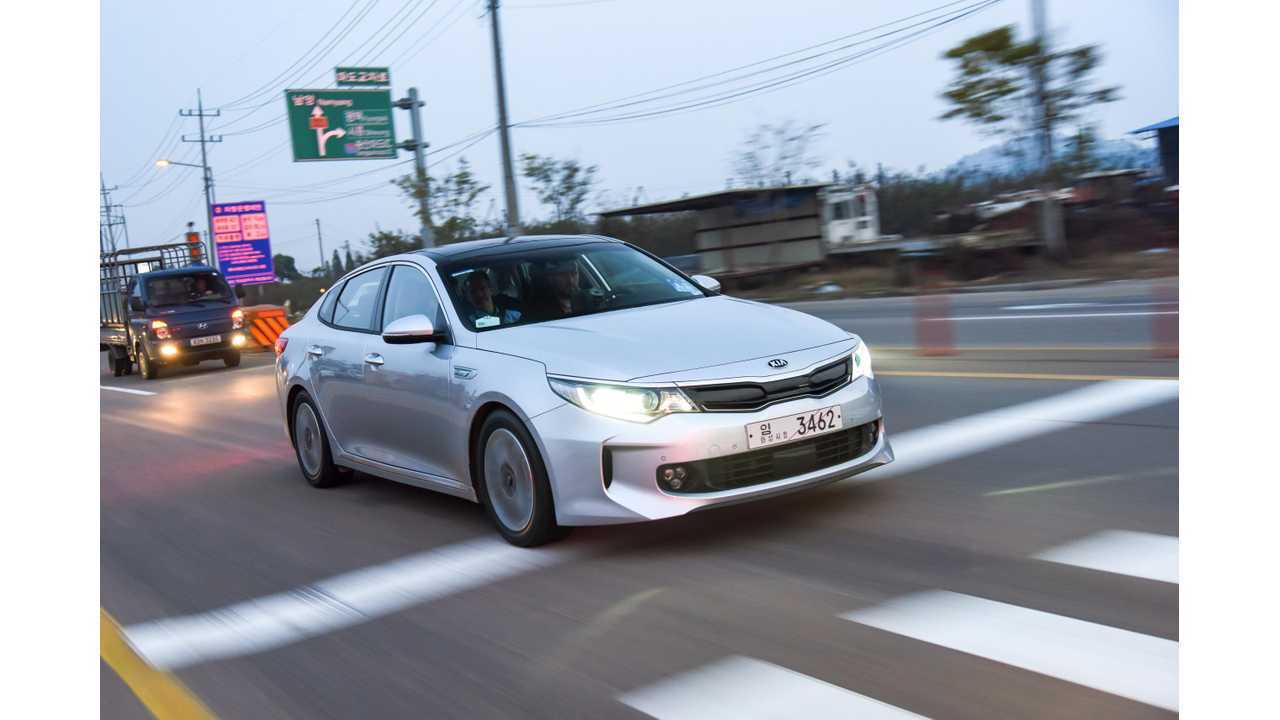 Autocar is one of the first media outlets to test the pre-production 2016 Kia Optima Plug-in Hybrid, which will go on sale in second half of 2016 (see announcement and details).

The Optima PHEV is based (or jointly developed, if you will) on the 2016 Hyundai Sonata Plug-in Hybrid, with the same battery (9.8 kWh), electric motor (50 kW) and expected all-electric range of 27 miles EPA.

According to article's title, the first plug-in hybrid Kia will be competition for the Volkswagen Passat GTE and Audi A3 e-tron. In the UK, Optima PHEV might fight the Mitsubishi Outlander PHEV as well.

The car was tested "on unfamiliar roads" in Korea, so there is not much insight, nor performance data yet:

"Although official performance figures have yet to be released, the 0-60mph sprint feels adequate rather than startling, while the car’s inert steering and additional weight mean that driver engagement is in short supply - not that motorway-minded business drivers are likely to be overly concerned.

Inside, the Optima PHEV is spacious in the front, rear and boot, and the materials and fit and finish of our test car were impressive. The driving position is good, and the range of adjustments enough to allow any shape or size of driver to get comfortable. That said, both the Passat GTE and A3 e-tron are considerably more polished inside."