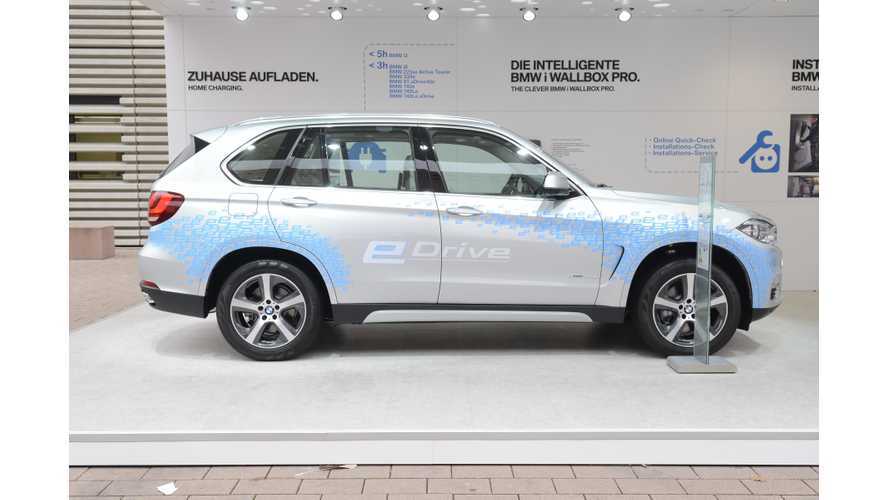 BMW X5 xDrive40e Getting A Boost

The X5 PHEV is called "great in many ways, but its weaknesses prevent it from being the automatic choice".

The electric mode could bring benefits on the short distances (up to 14 miles of real world/EPA range), while the lowered tax for company plug-in cars in places like the UK could help to overcome £2,500 ($3,600) higher price compared to 30d.   Not a large premium at all.

On the longer run however, fuel economy can be a bit of an issue, "on our trip to North Wales we couldn’t get much more than 25mpg, even when we were being sensible".

Like most plug-in hybirds, the X5 PHEV comes to life in all-electric mode, supported by the engine when more performances is needed or when the battery is depleted. Engine activation only cuts in if the driver accelerates hard.

According to Autocar the 40e is an equal match for the 30d, despite the lower peak torque rating because the electric motor gives wider torque characteristic.

Inside The BMW X5 XDrive40e

A Look In The Back Of The BMW X5 xDrive40e

Unfortunately, the steering’s poor weighting and the front wheels' predilection to tramlining engenders distrust, which, combined with the grabby regenerative effect from the brakes, makes you disinclined to use all of the chassis' strengths.

It’s a tale of two halves inside, too. The cabin’s superbly made and hard to fault ergonomically, but at times the ride gets quite busy, while wind and road noise at speed diminish its effectiveness to cosset over long distances."