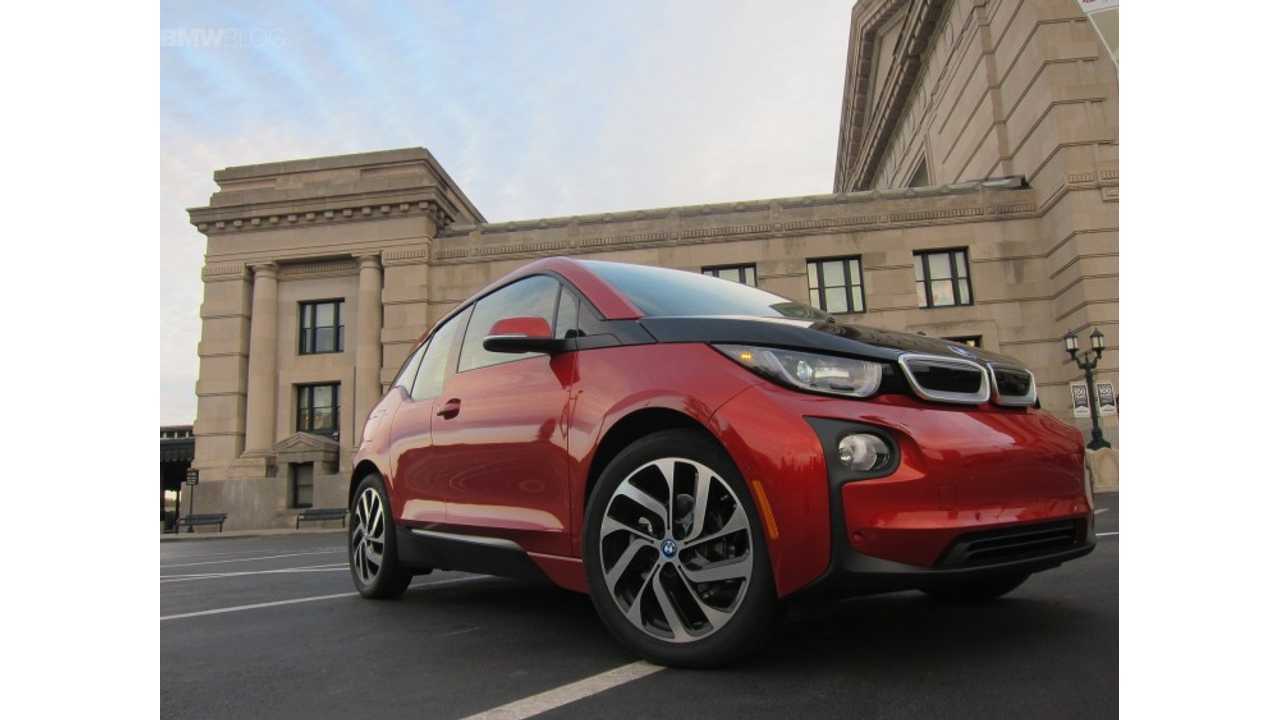 BMWBLOG's Chuck Vossler, owner of a BMW i3 BEV, posted his one-year review of the i3.

Below you'll find a few excerpts from the review, as well as a comprehensive video review.

“Born Electric” is BMW’s catch phrase for the i3. Now having lived with a BMW i3 for a year, it makes me realize just how true that catch phrase is. Owning and driving an electric car is indeed a whole new world – 12 months and 12,000 miles without a drop of gas, an oil change or a visit to gas station.

We average 4.9 miles per kWh in combined usage of highway and city when the weather is between 40F – 90F. The BMW i3, in fact, is the most efficient car on the market, being rated at 124 MPGe.

The i3’s range has stayed at about 80 miles. Just last week we did 73 miles and had 7 miles left on the “guess o-meter.”

The i3 is blast to drive. Mainly, I think, because of its crazy instantaneous acceleration. Almost nothing can touch it 0-30 mph.

On the freeway, though, I occasionally feel the i3 get buffeted around from wind and the car moves around some.

Problems? None – save one flat caused from us running over a 4 inch bolt on our second day of ownership. According to resident BMW i3 expert, Tom Moloughney, we have the record for the fastest flat. Day 2 – 120 miles.

Things that irritate me with the car? Just three things really.

One, when trying to be uber efficient with the i3, the climate control’s default is to turn it on. I wish it would default to the last setting it was on when started. Restart the i3 and the HVAC comes on.

Second, the buffeting you get sometimes on the freeway. It keeps you on your toes as you never know when it’ll happen.

Third is when it gets cold out, the interior fogs up big time. I invariably have to turn on the defroster even when trying to save battery.

At 8600 miles, minor bumper repair when our i3 is backed into. Repaint bumper and refinish wheel. Zero cost as the other driver’s insurance covered it. It did give us an up close look at the BMW i3 repair process we were not wanting.

Be sure to read the review in its entirety over at BMWBLOG by clicking here.