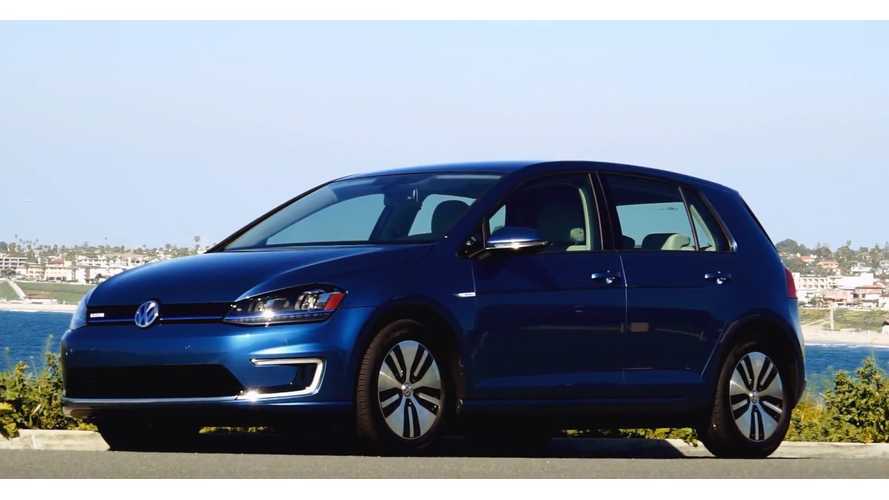 VW e-Golf Interior - Much Like Your Standard Golf Fare

Volkswagen fan website, vwvortex.com, released in July a review of the VW e-Golf; and it's always interesting to see a new sub-brand reviewed by enthusiasts.

Review by author Will Barber began with some skepticism, mainly because of “range anxiety”.

Among insights, Barber finds the look of the e-Golf much like the conventional Golf.  Barber is surprised by the silence and eager acceleration.

Regarding range of over 70 miles, Barber stated:

"That’s not to say that the car couldn’t qualify just fine as commuter for  90% of us, but that sort of range doesn’t allow the eGolf to be the all-rounder that has made the Volkswagen Golf and its derivatives so popular for the past 40 years."

There is reference to fuel economy and costs too:

"And this is where the eGolf becomes a bit of a re-think in proposition. In comparing the eGolf to Volkswagen’s current lineup, potential buyers will quickly discover that the Golf TDI has an EPA rating of 45mpg highway with many on our own forums reporting over 50mpg in real-world situations.  Come to think of it, the 1.8 TSI ain’t exactly a thirsty car either. Both are available for quite a bit less money too, with the ability to be refueled at any station retailing 87 Octane or Diesel fuel. And, because humans are prone to making mistakes, it’s nice to have that safety net waiting for us every few miles."

In the end, the Volkswagen e-Golf is seen more a like first step in a journey, rather than a replacement of  the conventional Golf:

"In the end, the eGolf might be most akin to the first iPhone or Dylan plugging in at Newport Folk in ’65. Sure, the results weren’t exactly as expected, but it signified a change that I think we can all agree brought about something much greater. Without the original iPhone, we’d still be fat fingering our Blackberry keyboards and honestly believing that the ‘scroll ball’ is a good method of control. Without relying on a little help from Thomas Edison, Bob Dylan might be regulated to a few paragraphs about 1960s counterculture. And without the first eGolf, Volkswagen might just be stuck on the sidelines when e-mobility becomes a necessity rather than a novelty."

Check out the full review at vwvortex.com