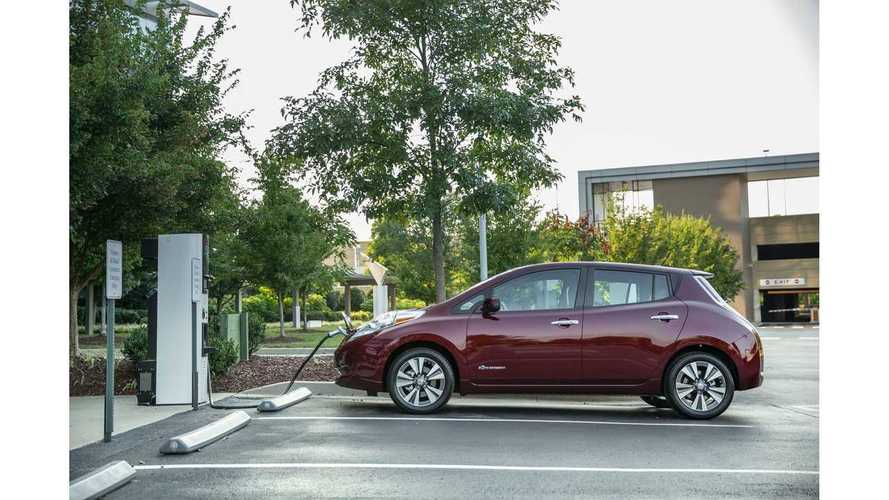 Auto Express got its hands on the 2016 Nissan LEAF with the 30 kWh battery.

Auto Express notes that LEAF is now back on the top of the range chart (aside from Tesla) and that its ~25% improvement in range will increase its practicality. Overall, the review is rather rough.

The first knock is that you need to chose a higher trim to get 6 more kWh for more range, and that comes at a cost compared to the base 24 version. See detailed UK pricing here.

Ride quality was called generally smooth and quiet (very relaxing) with addictive instant low-speed acceleration, but the suspension was poor to cope with potholes due to its still heavy weight (23 kg / 51 lbs more weight for 30 kWh doesn't change much).

"...This can’t be felt on the road, but the suspension still battles with the rigours of the lardy lithium-ion battery weighing the Leaf down."

"as with many all-electric vehicles, the Nissan is prone to thumping into potholes"

The same 80 kW motor is a little to weak for higher speeds, according to Auto Express, but that applies to the previous 24 kWh version too. New is mainly the multimedia system and it's seen as an improvement:

"That calmness is aided by an improved multimedia system – the only real change in this Leaf, save for a new shade of brown paint – which is altogether more intuitive and now includes DAB. It comes on Acenta specs and above from December."

"Measured against a conventional hatch, though, the Leaf still falls short on cabin quality, while basics such as the lack of reach adjustment for the steering wheel make it feel cheap, too."

"It's obvious that the 30kWh battery adds a useful, anxiety-reducing dose of extra mileage to the Leaf, but whether it’ll convert the electric sceptic is debatable. That’s because by every other measure the Leaf remains fairly average, with a bland driving experience and a slightly insipid cabin. It’s a little jarring that the denser battery is available only on mid-spec Acenta cars and up, too, effectively making the actual cost of a bigger range quite substantial."