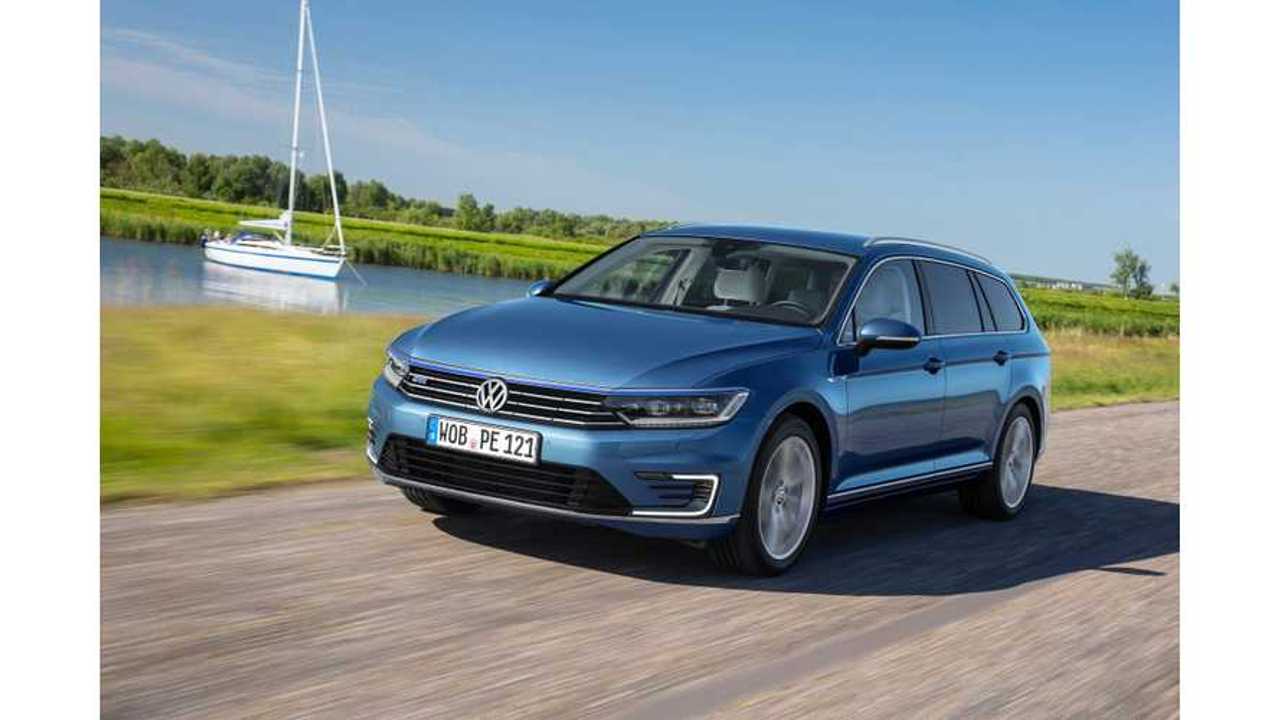 Autocar recently tested the 2015 Volkswagen Passat GTE, which is entering the on-sale phase in a growing number of countries in Europe.

The Passat GTE was named a very practical electric car with useful EV range and at the same time a long-distance cruiser with decent fuel consumption.

We must remember that the plug-in hybrid drivetrain and 9.9 kWh battery increased weight by some 350 kg (771 lbs) compared to Passat 1.4 TSI and decreased the boot's underfloor cargo space (overall 650 litres of capacity is still a lot).

Electric drive (in starting E-mode) has been praised as smooth and silent, with comfort-orientated damping characteristics. If you switch to hybrid mode (or when the battery is depleted) the combustion engine comes into game, but still seamlessly.

"While you do notice the operation of the petrol unit, it is superbly isolated from the cabin. At the same time, the mapping of the throttle, steering and gearbox are altered to provide them with a more sporting feel, while the damping is also firmed up."

The most important part is about driving in hybrid mode, as we all know that driving in all-electric mode will be probably perfect. According to Autocar, the Passat GTE works fine, although the automatic six-speed transmission wasn't seamlessly switching from 1st to 2nd gear in stop-start traffic.

"On the open road in Hybrid mode, the Passat GTE is reasonably swift with fine throttle response and a good deal of mid-range shove. The boosting properties of the electric motor provide impressive overtaking qualities on the kickdown. It is at a constant cruise with the petrol engine operating below 2000rpm, though, where it is at its most impressive.

Despite the added weight brought on by the new plug-in hybrid system, the Passat GTE is imbued with satisfying dynamic traits. The steering, while lacking feel, is quite direct, allowing you to place it well on the road. An uprated suspension also provides it with impressive body control. The ride, one if its real strong points, is excellent.

In stop-start traffic our test car suffered some shunt through the transmission in the transition from first to second gear. There was also an irritating sponginess within the initial degrees of brake travel as the kinetic energy recuperation system began to cycle. In an urban driving environment with constant stopping between traffic lights it is better to slot the gear lever into an alternative B (for brake) program to increase the resistance of the recuperation."

If you drive less then 50 km/ 31 miles (NEDC), or rather over 20 miles in the real world, Passat GTE could enable you to drive only in all-electric mode, while still offer long distance travel occasionally.