30 kWh Batteries For 2016 Nissan LEAF In Europe Are Sourced From Japan?! 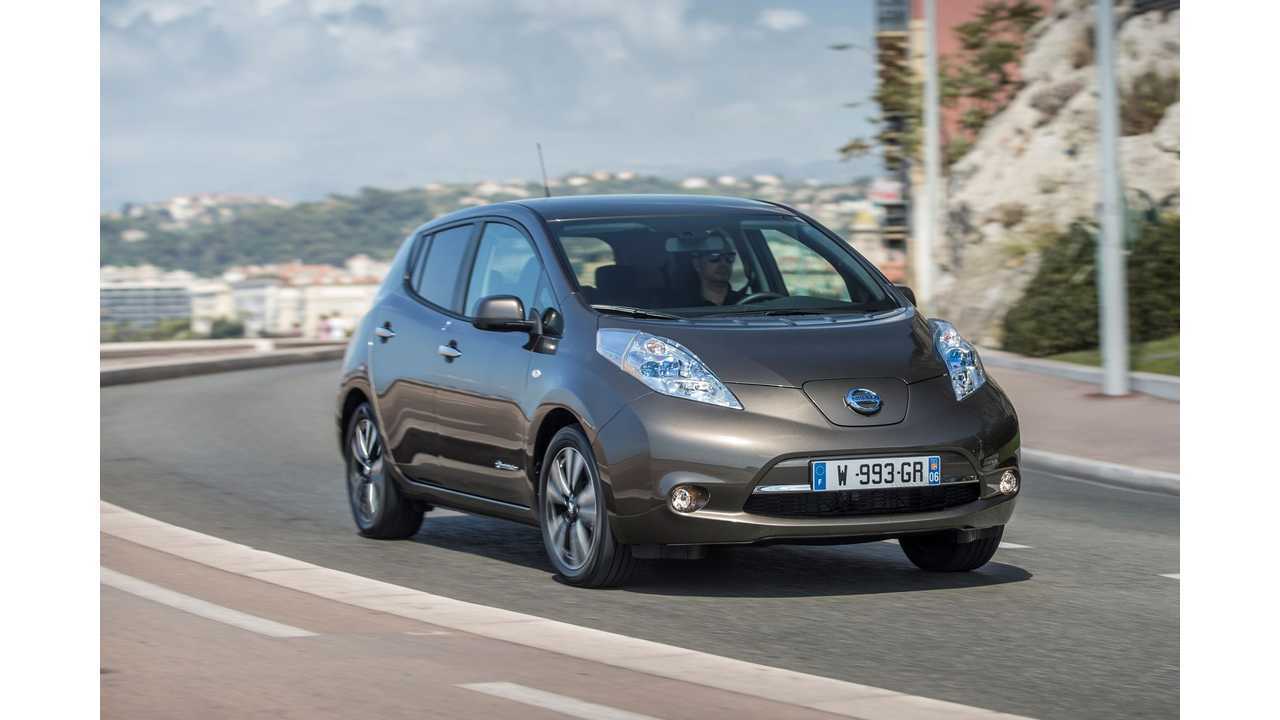 While researching new test drive reviews of the 2016 Nissan LEAF with 30 kWh battery on Eurekar we found a surprising statement.

Despite the fact that the European version of the LEAF is produced in Nissan's Sunderland factory (alongside the Qashqai, Juke and Note) and since two years ago there's been a lithium-ion battery production facility there, the new and more energy dense batteries for the 30 kWh pack are sourced from Japan. Only the final assembly is done in UK.

"The new batteries are sourced from Nissan in Japan although still assembled in the North East for European markets."

Some more exploration needs to be done on the topic, but for now it seems that Nissan has switched on its first battery factory in Japan for the new type of cells and not in Sunderland.  Given that Europe is getting test drives at the moment and not the US, it seems like Sunderland will be providing 24 kWh battery pack cells and the new tech will be imported.

We have postulated in the past (surrounding a potential deal with LG Chem on future cells in the 2nd generation LEAF) that Nissan might want to scale back manufacturing of its battery cells for Europe, considering how its sister-company Renault does business there and the lower volumes need thus far in the region.

Whether Nissan is actually scaling back and replacing production at some point via LG Chem, or from itself now in Europe, probably is inconsequential to the business case decision itself - if indeed it has been made.

For the US, the 2016 model has yet to hit retailer's lots (or our office) despite our expectations for them to arrive at the start of the month, so perhaps US production of 30 kWh pack cells was secondary to Japan?

Wanting, to confirm the US status in relation to this news for the 2016 model year (and to verify if all the 2016 editions in the US would get locally made cells from the start) we got in contact with Nissan today, and they made us feel good, saying:

"All U.S. sold 2016 LEAF vehicles will have batteries sourced from the U.S., and the cars are built here as well."    We expect to have one of these US made EVs ourselves shortly.

Anyway, back to the review.  The new LEAF was called much more refined compared to the original LEAF of 2010.

Range test went well too, although the description is a little cloudy:

"...we have just put the new Leaf through its paces on a gruelling mountain drive which is used as part of the Monte Carlo rally....We set out from Nice in a recently charged new Leaf which was showing a theoretical range of 140 miles.

By the time we reached the top of the Col some 90 minutes later the Leaf's onboard power display was showing the batteries had been drained to 33 per cent of their capacity and the available range had fallen to just 45 miles...since the route back to Cap Ferrat just outside Monaco was downhill the Leaf quickly clawed back the miles.

With regenerative braking boosting the batteries on the go, within 20 miles the batteries had been charged to 55 per cent and the distance available had shot up to 95 miles - enough to complete the journey without any so-called range anxiety...with 38 per cent power and 52 miles still remaining.

Do the math, as they say and the real world performance of the new Leaf on one of the hardest drives imaginable was not far off what Nissan claims."