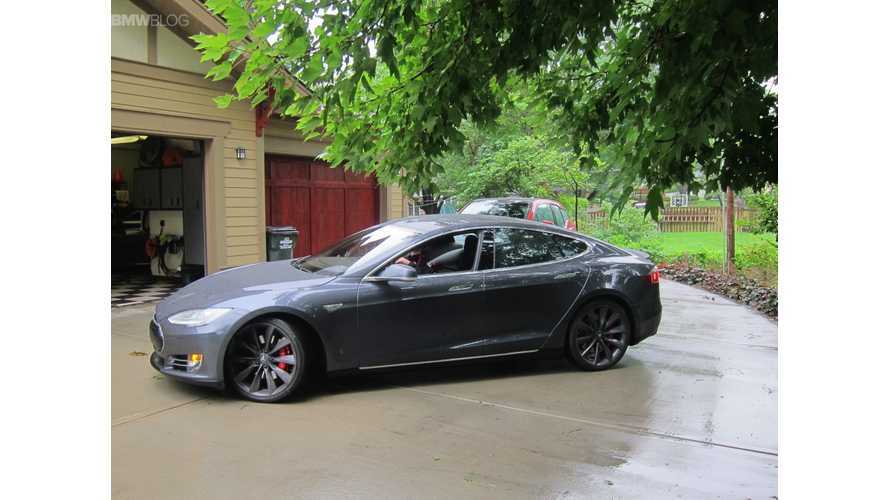 Tesla has been hard at work debunking the general public’s misconceptions of electric car’s range, charging times and luxury. Now Tesla has taken the Model S’ performance in to super car territory. New for 2015 is Tesla’s top of line Model S P85D, a 691 hp all wheel drive luxury rocket ship that can go 0-60 in 3.1 seconds and comes with a 253 mile range.

When one looks for a long range pure electric car, Tesla has no equal. This is due in large part to its huge 85 kWh battery located in the floor of the car. Combine the Tesla’s 253 mile range with their ever growing Supercharger Network and you literally have the ability to drive pure electric across the United States. Tesla’s Supercharger can deliver a charge of 80 percent in 30 minutes. In other words, it can add about 170 miles of range in those 30 minutes and owners have been setting record cross country times for pure EVs.

Elon Musk was right to call the P85D full on acceleration, “Insane Mode.” The first time I nailed the throttle in the P85D my cell phone went flying out of the cubby hole and I got pinned to the back of the seat. Think amusement park ride launch, as in Rock ’n’ Roller Coaster’s blast out of the chute at Disney. “Please secure all loose objects and keep your hands and legs inside the ride at all times.”

*Editor's Note: The rest of this Model S P85D test drive review appears on BMWBLOG.  Please check it out by clicking here. Below is the score the p85D received from BMWBLOG.