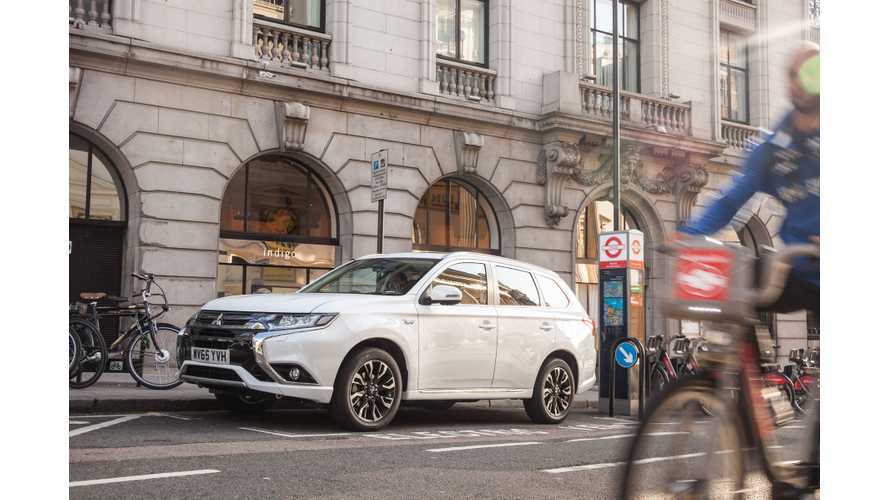 Autocar was among the first to test drive the new 2016 Mitsubishi Outlander PHEV (the highest trim GX4hs version) in theUK.

There are also changes to the suspension that should make it better suited to European tastes, according to Autocar.

"The suspension has been given a comprehensive rethink, with strengthening added to the front and rear subframes, while the spring and damper rates have been recalibrated all round. The result is a flatter, slightly tauter and generally more European ride than before, although the Outlander is still rather noisy over sharp bumps in a way that its best rivals aren’t. However, the steering is excellent - well weighted and communicative - and the chassis grips well in corners, with little body roll."

Not much changes inside:

"There are no changes to cabin room, which is generous but not quite class-leading. The seats are comfortable over several hours, and the PHEV’s fixtures and fittings have a pleasant durability about them."

Mitsubishi improved drivetrain software and cut 0-25 mph time by about two seconds, despite power remaining the same. Step-off from rest was previously a weak point of the Outlander PHEV.

"The Outlander PHEV looks a good proposition, although it’s arguable that a modern diesel could equal and possibly beat its range and fuel consumption.

However, the ownership factors are particularly impressive: it carries a five-year warranty, Mitsubishis have a good reputation for reliability and the tax advantages, especially for company car drivers, are hard to overlook. Given that it’s also a decent drive, it looks a wise buy."

The Mitsubishi Outlander PHEV arrives in the US in May of 2016 (or possibly April), although no determination has been yet made on the trim levels or pricing.