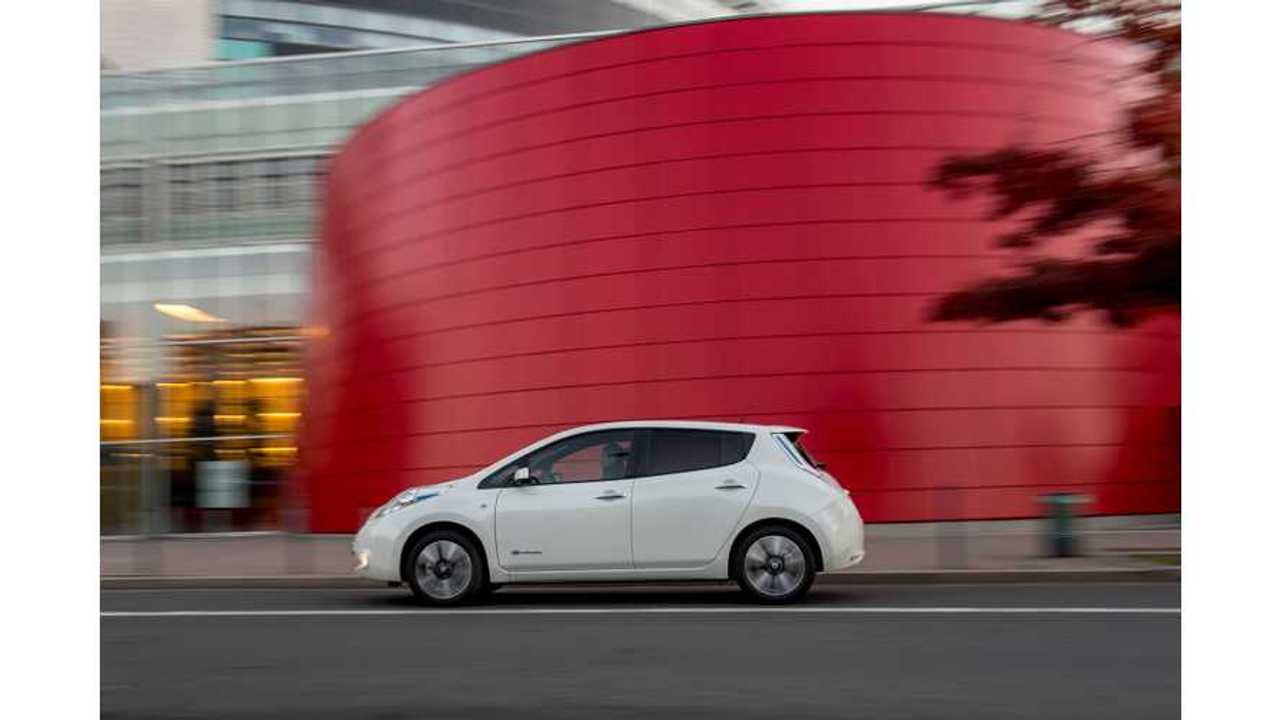 Autocar, for the very first time, had the opportunity to test drive in the UK the new 2016 Nissan LEAF with a 30 kWh battery and the highest Tekna trim.

Interior was assessed as good:

"Interior quality is good rather than great, with a solid construction but a few too many hard plastics dotted about the cabin. The driver’s seat, though, is easy to adjust for comfort. Pressing the start button greets you with a charming tone as the car sets itself up."

Acceleration didn't change compared to the previous 24 version as 80 kW motor output is the same, as well as the weight (30 kWh version weights only 21 kg more).

From 0-30 mph (48 km/h), the  LEAF accelerates quickly and then torque begins to drop, so does acceleration.

"After releasing the footbrake and selecting drive mode, the Leaf seamlessly and quietly surges away with only a very slight whirr in the background.

Accelerate hard and the sprint from 0-30mph is conquered quickly, but the Leaf feels a little pedestrian as it picks up speed, which can mean some overtakes require a little more planning. In town, however, where it'll be used most, it is responsive enough to make the most of any gaps."

The ride is quiet, smooth and the suspension copes with potholes well:

"Once up to speed the Leaf is quiet and refined. Excessive tyre roar and wind noise is kept at bay, which makes driving the Leaf a relaxing experience. As the pace picks up to motorway speeds the noise level increases, but not to the point where it becomes intrusive.

The Leaf's ride remains smooth and it handles bumps and road intrusions well, with even bigger potholes and undulations doing little to cause the Leaf to become unsettled."

Autocar concludes that the 2016 LEAF remains a solid electric car, but now with more range (with 30 kWh battery).