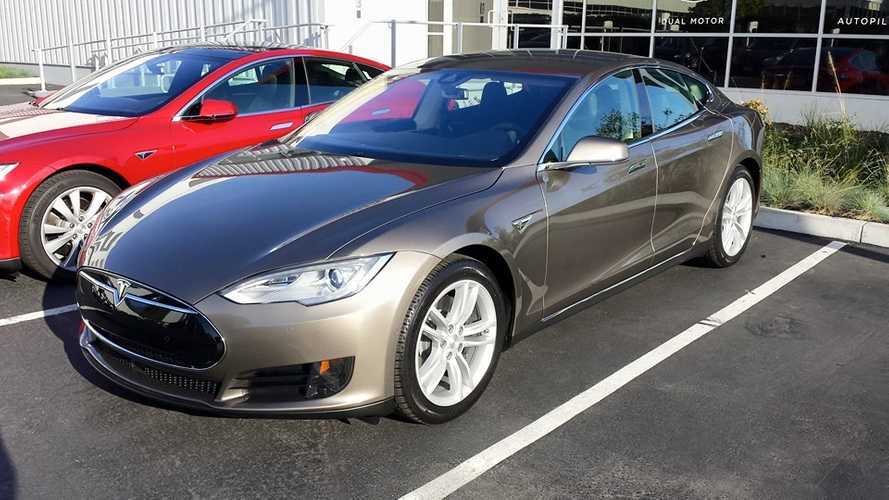 Automobile Magazine released one of the first reviews of the Tesla Model S 70D.

There are new standard features and finally the price is higher by roughly five grand ($76,200).

The most significant change influencing the driving experience compared to the previous Model S 60 is all-wheel drive:

"Like every Tesla Model S, the 70D's acceleration is instantaneous and unending. With no shift points or drops in torque, planting your right foot forces your passengers into their leather seats as the numbers on the digital speedometer soar. All-wheel drive now comes standard on the base Tesla Model S, as the 70D replaces last year's rear-wheel-drive Model S 60 at the bottom of the food chain. The extra traction helps our car hustle away from a stop on rain-slicked pavement with no drama."

We probably could assume that Tesla replaced 60 with 70D because the automaker believes that the combination of better performance/range and new standard features at slightly higher price will improve sales of the entry-level version.

"As much as we enjoy driving the Model S, we also like that it makes life easy for its driver and passengers. The Model S boasts super-intuitive controls on the touchscreen (only the hazard lights, transmission, windshield wipers, and power windows have physical switches), build quality rivaling a Lexus, and a comfortable ride that soaks up the worst potholes we can find. Fitting five people into the Model S reminds us how easily the Tesla could work as a family sedan, especially given the generous sizing of the front and rear trunks."

"The Tesla Model S blew us away when we first drove it three years ago, and the magic continues today. From minor software updates to the addition of all-wheel drive, Tesla has continued to tweak and refine its pioneering electric sedan into something any car shopper would lust after. Its blend of efficiency, a super-futuristic driving experience, and a luxurious cabin helps the car appeal to a far greater swath of car shoppers than just tech-savvy Silicon Valley residents. With all those virtues and a competitive starting price, the 2015 Tesla Model S 70D makes a serious case for switching from a gas-powered luxury sedan."

"More than any other Tesla before it, the 70D strikes me as a legitimate competitor to cars like a BMW 5 Series or a Mercedes-Benz E-Class. Before, it seemed like a pie-in-the-sky early-adopter's toy, but now I can see many more buyers considering a Model S."

"This cabin is airy, spacious, and thoughtfully packaged. The center console is scooped out in the back to provide more room for the middle-seat passenger, and there is no transmission tunnel to eat up his or her legroom. Small details, but it's part of what makes the Model S special."