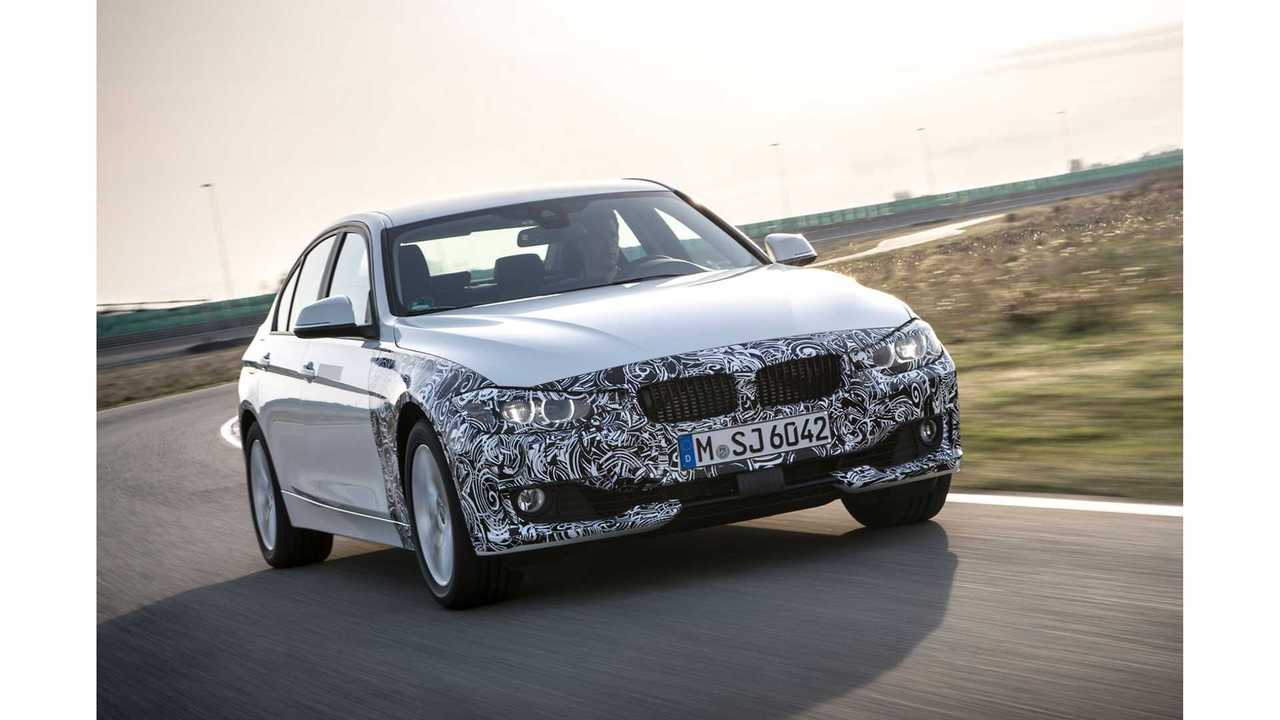 Autocar recently had the chance to try out the new BMW 3 Series eDrive prototype, which is the second plug-in hybrid from BMW after the X5 eDrive, and is scheduled for sale from September 2015 at earliest.

The BMW 3 Series eDrive PHEV will get better fuel economy (up to 131 mpg and average CO2 rating of just 50 g/km) than the conventional hybrid ActiveHybrid 3, which it will be replacing.

Batteries will provide energy for up to 22 miles in all-electric mode, however with speed restriction of 75 mph.

Autocar already found out that the lithium-ion battery pack intrudes on the trunk and shrinks overall capacity to below 480 liters in 3-series models.

BMW 3 Series eDrive PHEV, like most of the other latest plug-in hybrids, will get a lot of driving modes - five to be exact including sport & save battery. Expected 0-60 mph time is below 6 seconds.

Here are some driving impressions:

"To drive, this early prototype is convincing in terms of overall operation but lacks the final layer of drivetrain refinement to make it truly impressive yet.

Still, with a year of development left before the final version is due, it would be disappointing if it wasn’t on the money by the time it reaches showrooms.

With sufficient charge on board and the hybrid system set in its default mode, the new BMW moves off on battery power alone.

In the initial couple of miles of running in eDrive mode, the 3-series eDrive is predictably smooth and, given the relatively modest power, surprisingly swift as it accelerates up to typical urban speed limits. Still, it doesn’t take much of a push on the throttle before the system draws on the engine for more power.

As you up the pace, there is a nice, flexible nature to the delivery and plenty of encouragement to press on. Together, the electric motor and petrol engine provide thoroughly convincing in-gear performance. It may not sound quite as good, but it accelerates with all the urgency of the 335i.

However, the interaction between the two power sources isn’t quite as seamless as we’ve witnessed in some more recent plug-in hybrids. In the prototype we drove, there was a brief pause as the petrol engine kicked in and a distant whine from the electric engine on a loaded throttle."

"The new BMW steers in a direct manner, displays impressive body control and possesses strong levels of grip. It’s only when you push hard in tight corners that the added weight really becomes an issue; the front end relinquishes purchase and understeers a little earlier than a conventionally powered 3-series, and the weight of the battery pack in the boot drags the rear axle around in a mild pendulum effect if you’re really going for it."