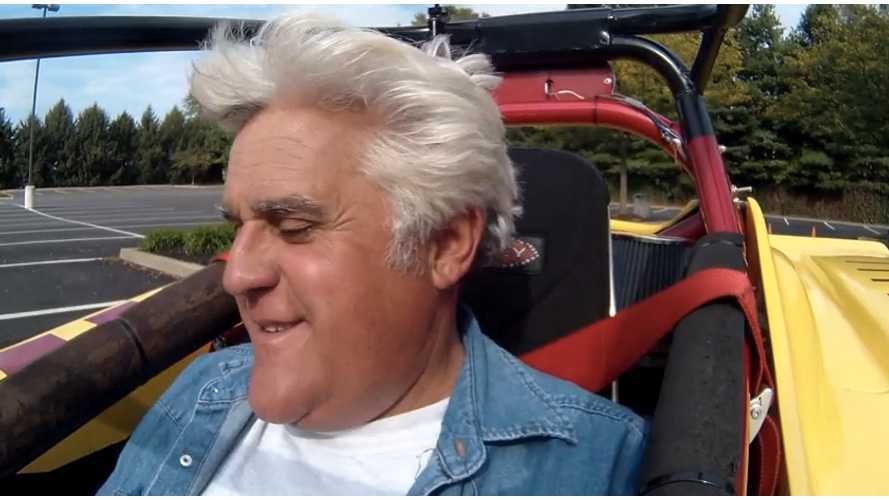 Lots of activity over on the EVSR front - the other day while on his latest tour, Jay Leno stopped by to take  EVSR #82 for a ride.  Did he like it?  See for yourself:

EVSR is the all-electric race team that made some history on the Mt. Washington Auto Road Climb to the Clouds race this summer, with plans to build an entire series around the cars.

Some more shots from the day (photo credit- Entropy LLC) :

Leno putting the EVSR through it's paces.

EVSR's Charlie Greenhaus giving Leno a look under the hood.

Leno at the wheel of EVSR 82

Leno gives it the thumbs up.