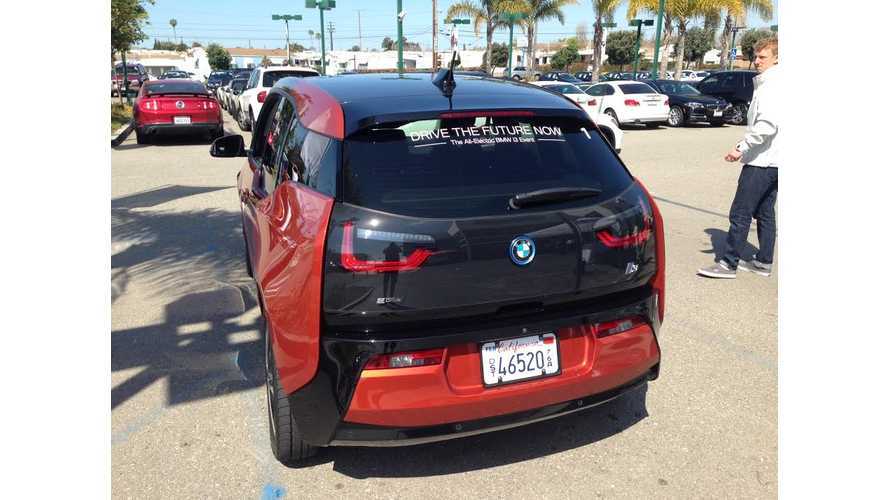 Try it before you buy it.

That's the idea behind BMW's new three-day, extended test drives for the BMW i3.

Nearly 140 BMW dealerships in the U.S. now offer the i3 on extended loan (up to 3 days-) for potential buyers to try before they buy.

This program has already proven to be a success.  As the New York Times writes:

The first few times that Phil Tipper drove the BMW i3, he loved the car’s acceleration but was put off by its strong regenerative braking, which quickly slows the electric car when the driver backs off the accelerator.

But then Mr. Tipper, a self-identified environmentalist, took part in BMW’s i3 Extended Test Drive Program, which replaces quick spins with a loan of up to three days, and he changed his mind.

That's but one story of dozens or perhaps even hundreds who have given the extended-drive program a go.

“We offered the program to any dealer authorized to sell the i3,” he said in an interview. So far, he said, 138 have signed on, which is almost half of those offering the i3. Cars used in the program will most likely be offered for sale as “pre-owned.  While technically a pilot, the response from customers and dealers has been so positive I imagine that we’ll keep it going."

BMW is not doing anything new here with this extended-drive program, but it may be a first for plug-in vehicles.

Some dealers have up to 4 i3s (BEVs and REXs) available for extended drives, while others will only have 1.

Demand for the test-drive vehicles is high.  Keith Kubat, general sales manager at BMW of Greenwich in Connecticut, tell the New York Times that 25 people had signed up for the dealership's lone i3 tester by early October.  That books the car through the end of the year.  Two who had driven this particular i3 later committing to buying.

It's that getting butts in seats thing again, which we all now is so vital to increasing EV adoption.