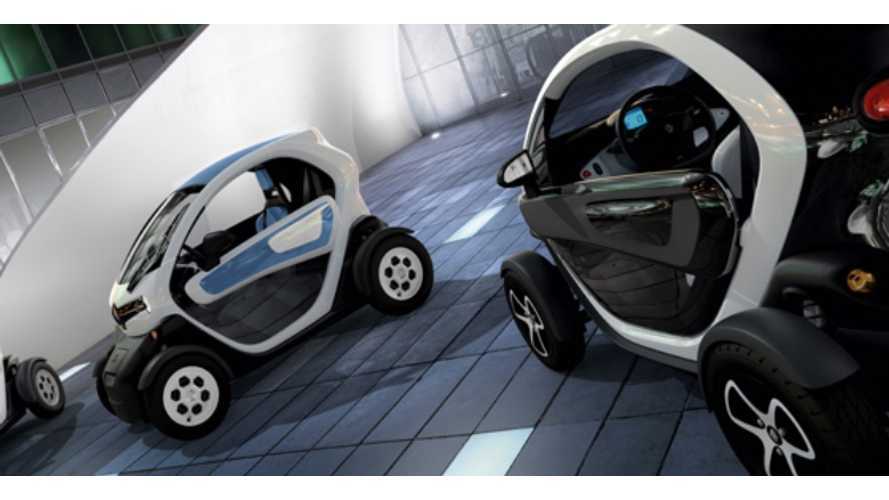 After having had the opportunity to drive a Renault Twizy for a couple of weeks back in 2012, I still can't quite explain just 'what it is' to drive to my fellow North Americans.

You just have to drive it.  The only problem is - it's a Renault, which means it is only sold in Europe ...so you can't, which is a shame.

The little 2 seat Renault makes zero sense in almost any daily scenario you might find yourself in while in America - that is outside of using it as a city roundabout for 'fun' in Santa Moncia during the summer...but maybe that is just it, of the many plug-ins I have driven, it holds a special spot.

The electric Renault now comes in two versions: 2 seater and cargo, and has a top speed of 30mph (Twizy 45) or 50 mph (Twizy 80) depending on the trim you choose.

Since then it has lost some luster, as quite honestly it is a bit a novelty act.   For 2014 just over 1,200 copies have been sold (10th) through July, but we still like to pass along good reviews on the quirky 50-60 mile range EV when we see them.