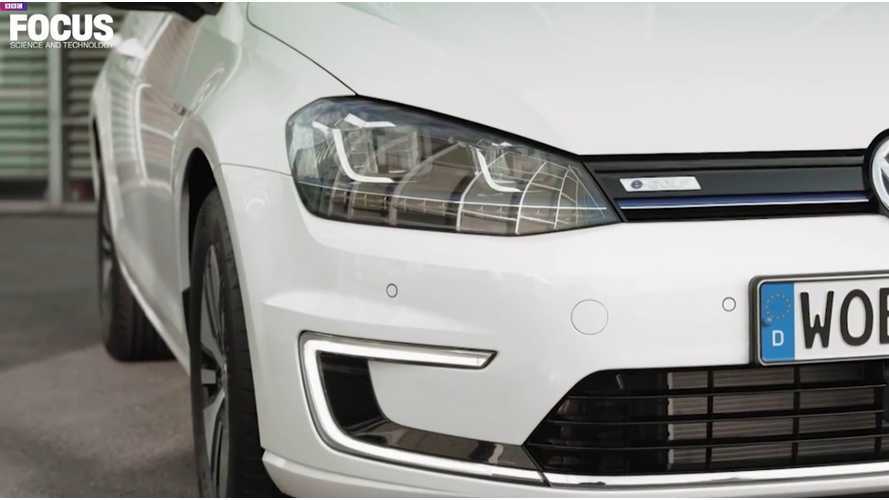 The BBC Focus Science and Technology magazine has a new series just underway called "The Future Car Show" - which is a review show on "the motors that will be driving you in the future".

First up is an electric vehicle we don't see or hear a heck of a lot of despite it having been sold since early May - and being the number one plug-in vehicle last month for sales in Norway (391), the Volkswagen e-Golf.

The show itself is professionally crafted, and we think leaves us with an accurate feel for what the all-electric Golf would be to own and drive.

The electric VW arrives in the US in about 3 months (expected to be priced in the low 30s) and throughout wider Europe shortly.

Basically, VW didn't want to mess with the formula that made the 'regular' Golf so successful, so the e-Golf doesn't stray far from its sister-car.