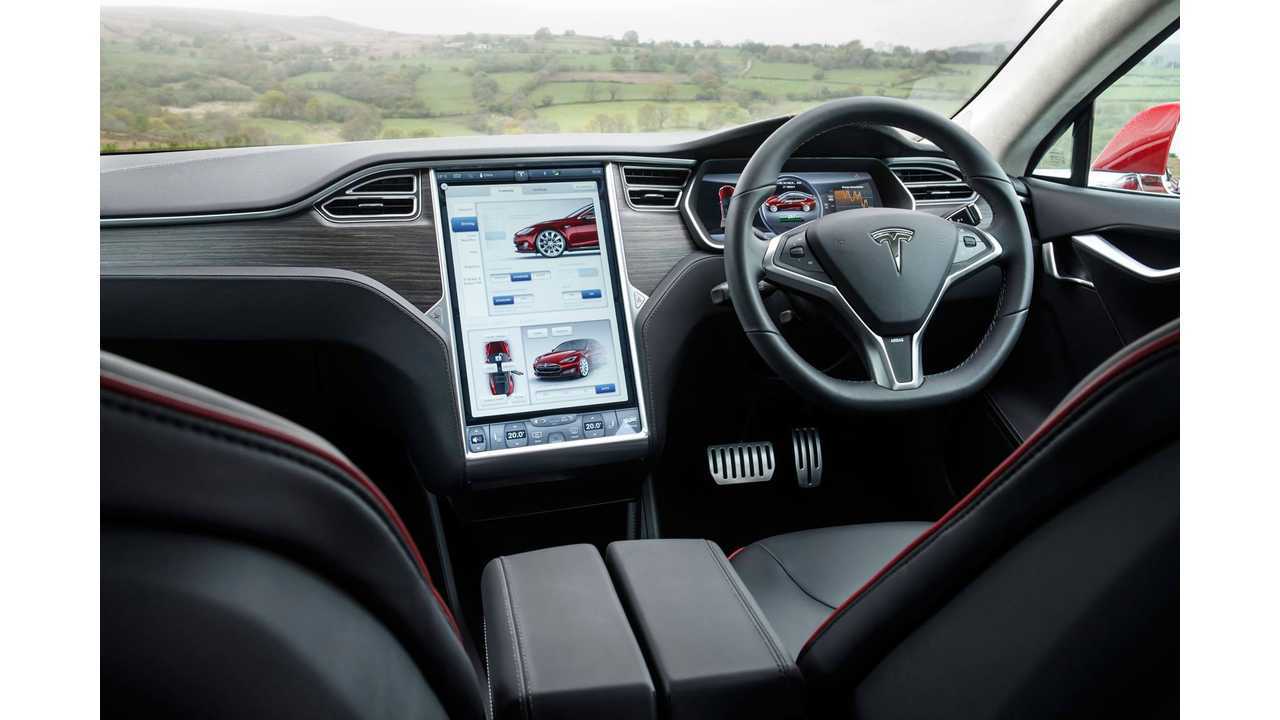 The first RHD - right hand drive deliveries of the Tesla Model S happened about a week ago. Already the first review of the car is online.

And UK based Autocar really seems to like it, saying:

...so, pretty much like most reviews of the traditional LHD set-up of the Model S.

"Apart from the steering wheel being on the normal side, there are a few other detail changes to report on...Mostly, the same as it was. Stripped back to its essentials, the Model S is a mid-sized executive saloon with a hatchback boot – into which Tesla< will fit two extra rearward-facing ‘jump’ seats on request.

The fact that it also has a large carpet-lined boot under the bonnet makes the car remarkably practical – discovery of which would also surely make even the most disinterested passenger begin to suspect that this isn’t the typical luxury conveyance."

Just this week Tesla also put up a company made video of the first deliveries of the RHD Model S in Europe (below):

As for charging in the UK, Autocar states:

"Such a big battery means, as well as taking longer than the average EV to discharge, the Model S takes its time to charge. Tesla’s UK-market offering includes a seven-pin ‘Mennekes’ style cable that’ll plug into the kind of wallbox that the likes of British Gas or Chargemaster will fit at your home, but not your regular three-pin indoor socket. In our experience, a full charge from the former takes anything up to 14 hours. "

The review notes that the most recent software update on the Model S to "refine throttle response" was a big success, saying it is now "unbelievably sharp" as compared to an earlier LHD test drive.   As always the EV-specific dynamics continue to impress, "...and still, there’s almost no noise accompanying that incredible, burly response – which makes it all the more brain-scrambling."

Most of us are very familiar with what the 265-mile range EV can do, but the UK outfit does mention a few places they feel can be improved upon.

"The Google Maps sat-nav system on it remains frustratingly slow to refresh – because it’s downloading mapping all the time via a 3G data modem.  Tesla’s added a voice control solution called Rdio, which is supposed to allow you to control the nav and audio systems with simple spoken commands. We couldn’t make it work at all. "

"Meantime, there remain one or two slightly frustrating shortcomings on the inside of this car that you don’t expect to put up with. Oddment storage is thin on the ground (still no door-pockets, Tesla – really?). And fit and finish is pretty slapdash, too; the top of the dashboard flexes like it’s slowly becoming unstuck. However, the right-hand-drive execution of the car is good; the pedals and wheel are where they should be, and the central touchscreen has been reconfigured for RHD convenience. "

Check out the entire review of the RHD Tesla Model S from Autocar here.