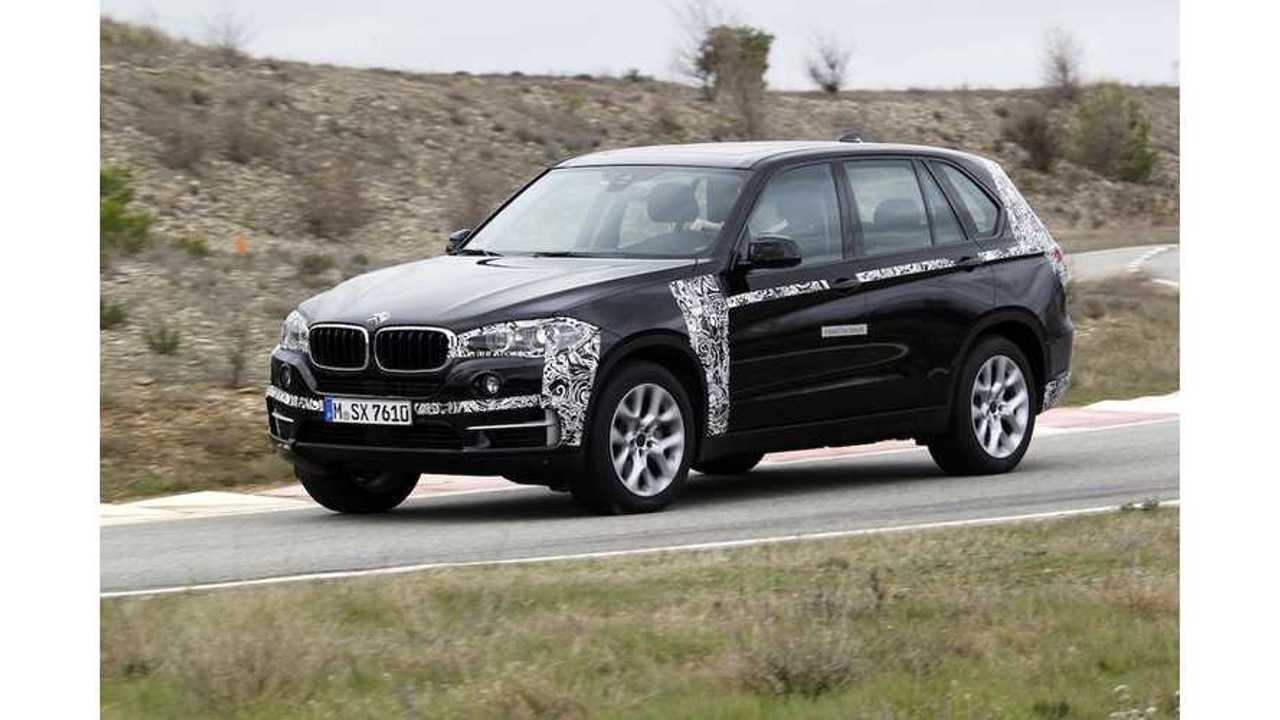 After having driven the BMW i3, I wondered if it wouldn’t be a difficult sell in the Midwest of the United States. We don’t have long commutes generally, we spend most weekdays close to home, but it isn’t uncommon to drive a few hundred miles in a weekend or on a short holiday.

A pure electric vehicle currently won’t cope well with that scenario. The range extended i3 was not optimized for that type of driving. The Volt is one answer, and the plug-in Prius is another. But what if you want something a bit more sporting, and with enough room to take the occasional jaunt to the home improvement store neither of the others make the cut.

The basic idea of a plug-in hybrid is to allow for an all electric drive in city centers, which benefit from a reduction in emissions caused by IC engine operation, and use an IC engine for sustained cruising. Coupling the electric motor to a very efficient small, 2.0 liter four-cylinder, allows for sustained speed motoring over long distances, and when additional power is required the electric motor can supplement the IC engine.

That’s where BMW’s new X5 eDrive plug-in hybrid comes in. BMW demonstrated the new X5 eDrive during Innovation Day 2014 held at the Miramas test facility in the south of France. The BMW X5 eDrive combines a four-cylinder IC engine (the familiar N20) and a ZF 8-speed automatic transmission. Instead of the usual torque converter the X5 eDrive inserts an electric motor. It also takes of advantage of braking regeneration, but not as heavily as the i3.

What is special about the use of the electric motor in the nose of the transmission is that it can handle the functions that the normal starter and alternator do, eliminating some weight forward in the car. In addition, by turning the IC engine over with the electric motor the abruptness of the usual Start/sStop system is eliminated. Oh, and lest we forget, the X5 eDrive retains all wheel drive.

The X5 eDrive plug-in hybrid has a small battery pack. There was no confirmation of the capacity but a figure thrown out in discussion was 9 kWh. The size of the battery pack allows a range of approximately 18 all-electric miles. Enough for some commutes in one direction, or the trips to the grocery store both ways.

The battery pack is in the back, under the load deck. There is still space for an under tray below the load floor. But the load floor has been raised by a couple of centimeters to accommodate the battery pack. The X5 is not lightweight to begin with, and the battery pack requires some fiddling with the spring rates and shocks. A larger battery pack would have necessitated more dramatic changes which would require much more work to dial-in. Adding weight cascades changes throughout systems, so minimizing weight gain is good.

There is a lot of software that handles the mix of propulsion for the different modes and different conditions. And, even though these were prototypes, they actually drive quite well. While all the details of the software for the various drive modes have yet to be finalized, it is a pretty seamless experience of pure electric, and mixed format power.

On a designated loop of the Miramas test facility we drove following an engineer who simulated the experiences one would experience in an urban environment. So there were stops and starts, accelerating away from stops, and at least one emergency acceleration. First thing of note, there are several drive modes, an all electric mode, EcoPro, Comfort, and Sport. The new all electric mode allows for significant speed without utilizing the IC engine. Hooliganizing in all electric mode will swiftly diminish available range however.

In EcoPro and Comfort mode a mix of electric and IC engine propulsion is used. And there is where the X5 eDrive shines. Without the need for a high speed starter motor, the start of the IC engine is exceptionally smooth.

Of note is that the IC engine is always available and depending on throttle velocity and position the IC engine will start in all electric mode. During a simulated emergency acceleration, the electric motor dumps it’s torque into the drivetrain, the IC engine is started and brought to proper speed and its torque is added. It’s a bit disconcerting to hear the roar of the IC engine a fraction of a second after the realization that the acceleration has started and that may be one of the bits to be finalized (a blast of ‘authentic’ engine sound through the audio system may be called for).

What struck me after a couple of laps was how well this package is integrated, even if it isn’t finalized. It has more than adequate power, handles well, and has the typical BMW control feel. This is one very good way to deliver an SUV. Fuel economy target is 3.8L/100km in Europe. EPA mileage has yet to be determined, but it should be startling to some (suspect high 40 MPG or greater). As well as it drove, thanks to its BMW dynamics, this is one efficient vehicle that will find a home in places the i3 wont fit.

This is not the last of the plug in hybrids in the BMW line, look for this technology to work its way into more of more of BMW’s model range. The lower limit of where the space trade-off for the battery pack makes sense is probably the 3 series. But if an X5 eDrive can deliver fuel economy that exceeds regulatory mandates, think of the fuel economy you can obtain in a lighter package.

Editor's Note: Our thanks go out to BMW Blog's "man at the wheel" Horatiu Boeriu for allowing us to bring you this first-hand test drive of the BMW X5 eDrive.