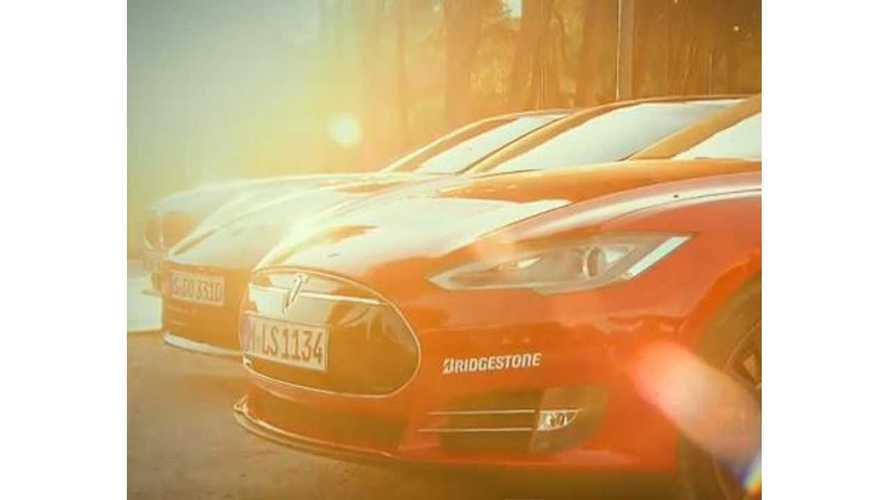 "Eco is the new premium. But who wins at the end of the race? We have sent Porsche Panamera Plug-in Hybrid, Tesla Model S and the BMW ActiveHybrid 7 in the ring."

Tesla Model S Faces Off Against the Luxury Competition

That's what AutoBild says of its matchup between the Tesla Model S, Porsche Panamera Plug-In Hybrid and the no-plug BMW ActiveHybrid 7.

Unfortunately, our knowledge of the German language is lacking, so we can't make out the rest of what AutoBild says, but we're rather certain the Model S comes out on top.

If the Model S isn't the champ, then perhaps AutoBild has a German automaker bias?

Regardless of the actual result, we're sure this is the first time we've seen the Panamera Plug-In Hybrid next to a Model S and it's this matchup that some say will cut into Model S sales.  Will that be the case?  We doubt it, but what do you think?