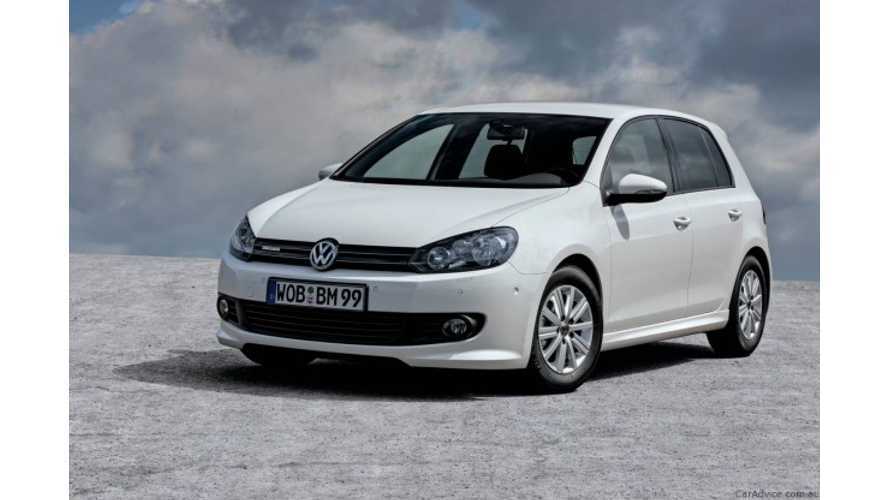 Volkswagen is now so fond (perhaps there's some sarcasm there) of plug-in vehicles that it's making not one, but two plug-in versions of the VW Golf.

First up is the e-Golf, a pure electric version that will launch in the US in late 2014.

Though its price remains a mystery, the e-Golf has received some fairly positive reviews and it's out belief that if it's priced reasonably well and sold nationwide, it could be an immediate hit.

Next is the plug-in hybrid Golf.  Volkswagen has not yet committed to a timeline for launching this version in the US, though we are promised it's coming.

The plug-in hybrid Golf is still in the prototype stage, though it's nearly in production form now and likely only requires some tweaking to powertrain functionality ( i.e. engine cut in, mapping, shifting etc.) before it's ready to go.

We're well aware of what it's like behind the wheel of the e-Golf, but what's it like to drive the plug-in hybrid version?

For an answer to that, we need look no further than a recent Autcar review of the VW Golf plug-in hybrid, but first let's look at the known specs:

Below, we've focused on some of the most important aspects from Autocar's review, though we suggest you read it in its entirety by following the link down below:

"The new Volkswagen Golf Plug-in Hybrid is the result of what the German car maker describes as its most ambitious new model project to date – bigger in scale and funding than any existing petrol or diesel engine model."

"By adopting elements of the less-advanced hybrid system used by the American-market Jetta Hybrid in combination with its latest in plug-in know-how, Volkswagen has created the first series production petrol-electric Golf with an impressive blend of performance and economy, including the ability to operate purely on electricity for a worthwhile distance."

"...Among the developments is a decoupling mechanism to permit drag free coasting. Volkswagen considers this a more efficient use of kinetic energy than the recuperation systems used by rivals."

"The efforts of the petrol engine and electric motor endow the Golf Plug-in Hybrid with genuinely convincing performance properties despite a 1530kg kerb weight well above any existing Golf model. It is not quite in the same league as the Golf GTI for outright accelerative ability, but with a claimed 0-62mph time of 7.6sec, it is not far away."

"Solid reserves of torque from the get-go provide urgent step off qualities away from traffic lights and a flexible nature to the delivery on the run, making the new Volkswagen completely fuss free to drive. Mechanical refinement is excellent, with excellent cruising ability over longer journeys."

"...Less satisfactory is the ride, which in the early pre-production version we drove proved quite firm, lacking the overall compliance and fluency of other recent Golf models."

The plug-in hybrid Golf is expected to launch in the UK in mid-2014.  It likely won't make its way to the US until sometime in 2015.  Whether or not it sells well will depend on its price, as well as its price in relation to the e-Golf.  Which one will cost more?  It'll be tricky for VW to pull these two near-simultaneous launches off with success.  In fact, VW is venturing into uncharted waters here as no other automaker has ever launch a pure BEV version alongside a PHEV of the same model at nearly the same time.