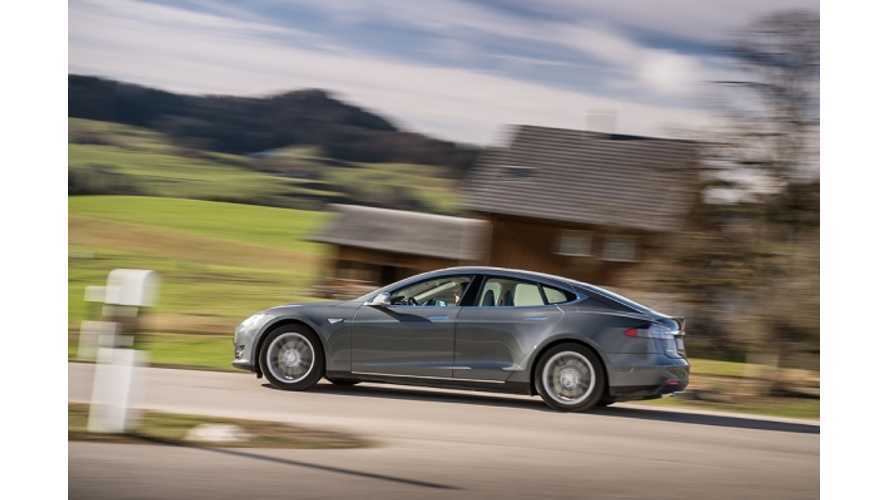 The first examples of the Tesla Model S are now rolling down some European roads.

Though the Model S in European trim doesn't vary significantly from the electric Tesla sedan we see here in the US, most European journalists have not yet had a crack at driving the Model S.

That's starting to change now as Tesla is getting the media in Europe behind the wheel of its electric sedan.

Though the final verdict is not yet in, some early reports, including this one from Autocar, confirm that the Model S is a special machine that's capable of forever changing how the world views electric vehicles.

"Our final verdict will have to wait until we’ve spent more time figuring out this landmark machine - so watch this space. But even after just a few hours at the wheel, there seems little question about its towering status. Combining uncompromised performance, refinement and space with viable range and total freedom from the pump, we'd say it’s well worth its premium. It isn’t the perfect big saloon, but what it offers as a direct result of the way it’s propelled seems to dwarf what holds it back."

"History may even place the Model-S at a critical apex in the development of the modern car, where electric power is transformed from a restrictive to a liberating influence in our collective perception. Many of us already knew that point would come – but who’d have bet such a young company would take us there so soon?"

Uncompromised.  Freedom from the pump.  Worth its premium.  Electric power is transformed from a restrictive to a liberating influence in our collective perception.  Could the words of praise be any stronger?