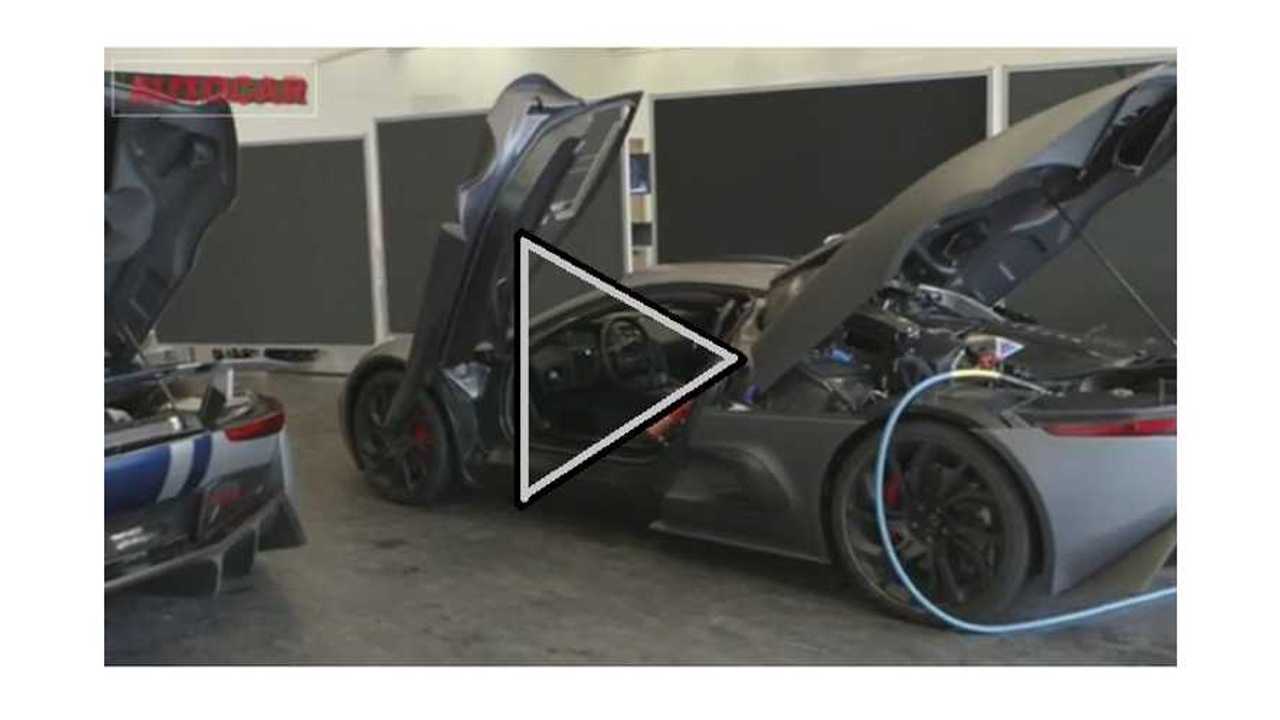 The Jaguar C-X75 was a plug-in hybrid supercar in every sense of the word.

In the end, it was the supercar price that was its undoing, as the model's production run was cancelled just over 6 months ago due to the Jag's near $1 million pound ($1.55 million USD) estimated price-tag.

"We feel we could make the car work, but looking at the global austerity measures in place now, it seems the wrong time to launch an 800,000-pound to 1 million-pound supercar." - Jag's Global Brand Director Adrian Hallmark last Decemeber

Yes, It's A Beautiful Automobile, Unfortunately This May Be One Of The Last Glimpses We See Of The Jaguar C-X75 In Action

But like the Audi R8 e-tron's most recent "First Drive" by Autocar, the C-X75 gets the same treatment...a review of a car that could have been.

Despite About 100 Interested Parties Who Lined Up To Reserve The Jag, The Company Shuttered The Project Last December

Specs on the Jaguar C-X75

As well as the video, check out Autocar's written report on the test drive here.
++
Got a tip for us? Email: tips@insideevs.com