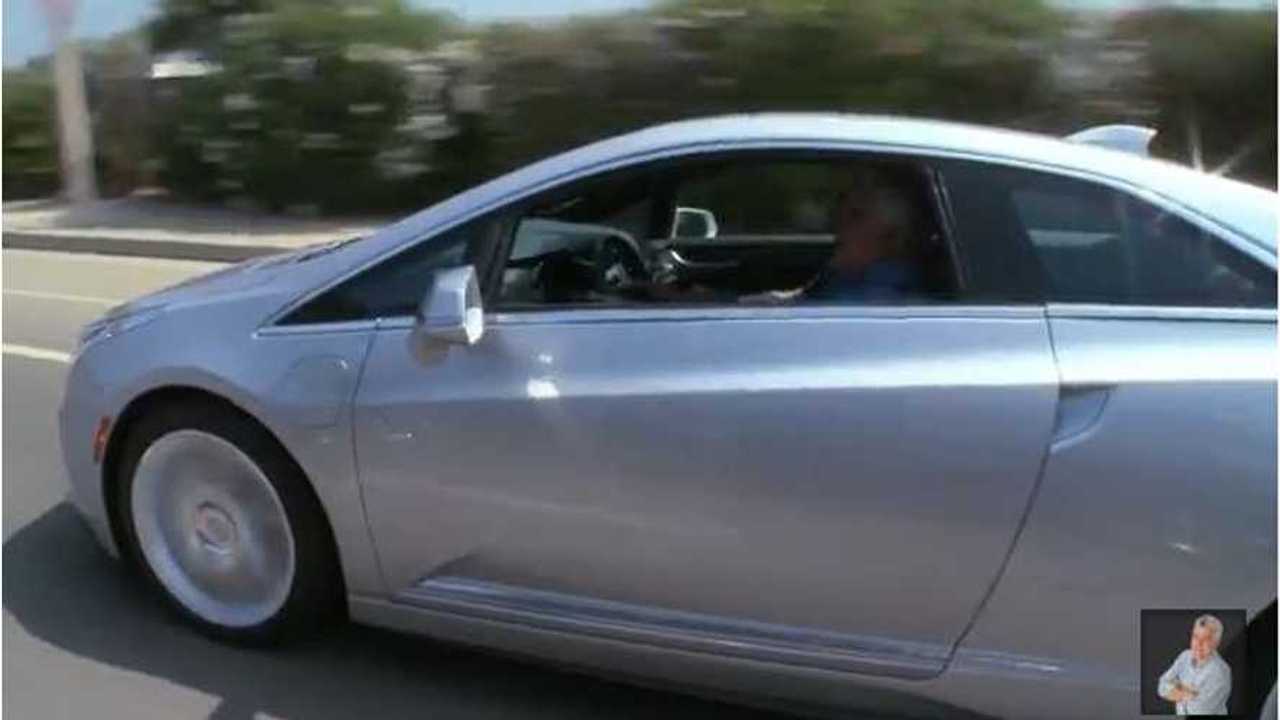 Jay Leno makes us jealous.  It's not because he's wealthy or a celebrity.  Nope.  It's his garage, appropriately called "Jay Leno's Garage," which is so full of automotive greatness that we can't help but drool over the stuff found inside.

Like the lust-worthy 2014 Cadillac ELR.  It's there in Leno's garage now and we be all sorts of jealous.  Even more so since Leno himself gets to drive the ELR out on the open road.

Leno owns a Chevy Volt, so he's oh-so familiar with the inner workings of the ELR, as not much has been changed mechanically in the transition from a Chevy to a Cadillac.

But, as Leno's team says of the ELR, "Lose your range anxiety and get lost in the luxury of leather, wood and carbon fiber of Cadillac's long-awaited hybrid offering."

Before watching the jealousy inducing 15-minute video, you might want to skim over the ELR's specs below to get a sense of how Cadillac's version of Voltec differs from Chevy's:

Full specs on the ELR can be found here.
++
Got a tip for us? Email: tips@insideevs.com