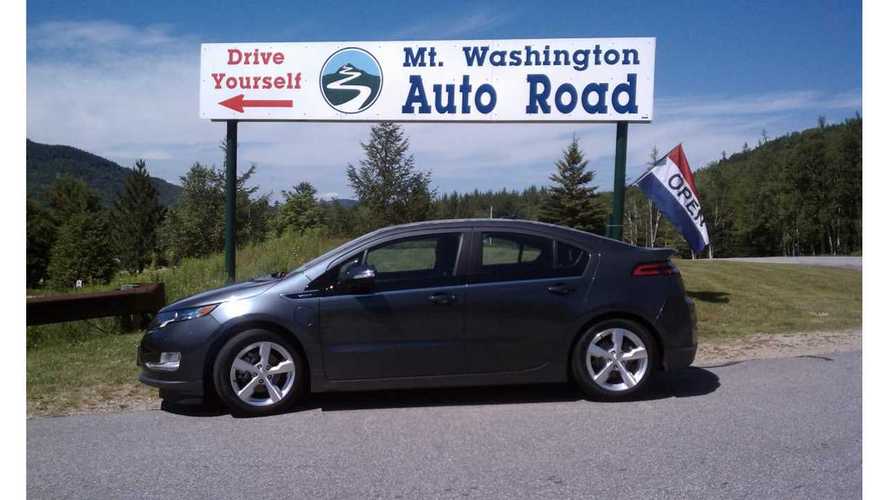 Two years ago, on the day before Christmas Eve, I took delivery of a brand new Chevrolet Volt, number 186 off the line.  At the time, I had followed the Volt for nearly 4 years, as Chevrolet detailed all of the engineering and testing that had gone into their "moonshot" electric vehicle with a gasoline range extender.  Because of following the Volt's progress, I felt relatively confident in its reliability and design integrity, despite being a brand new platform.  What I was less certain about, was how much fuel efficiency I would be able to get with my driving patterns.

In this article, I hope to put forth my experiences in reliability, performance, and fuel efficiency, for any would-be buyers of plug-in electric vehicles.  But first, I'd like to start out by summarizing some of the interesting milestones in my own life that have been a direct consequence of owning a Chevrolet Volt:

Major Volt-related personal achievements aside, the two biggest questions most people probably have are related to reliability, and fuel efficiency.

Reliability The Volt has been an extremely reliable car, in my opinion.  I did have a few major issues, but they can be easily attributed to how early my vehicle was in the production line, and some bad quality control on the dealer's part.  The first major issue was no fault of GM's: the dealer damaged the driver's side of the vehicle before I could take delivery, requiring a paint job.  This negligent mishap caused two other unexpected failures to occur: my center screen wasn't working on delivery, and hours later, the high voltage battery had a sensor reading that was out of spec. These resulting failures were likely due to the  dealer not following the correct procedure for repainting the car, namely that the paint booth shouldn't be at as high of a temperature.  (Much more can be read about this experience here.)

Unrelated to the dealer's mishandling of the Volt, I did have a transmission solenoid that stopped functioning and needed replacement.  However, this was a known problem in the first few hundred vehicles to come off the assembly line, and has long been fixed in all other 2011-2013 models produced.

Aside from these issues (that can thankfully be traced back to known causes that will prevent them from happening for others), the only other issue I've had is a rear shock that failed prematurely.  Had it not been for the Volt's quiet ride and no engine noise, I probably would have never heard it.  In my total 24 months of ownership, the last 23 months have been trouble-free, something I can't say for the other vehicles I've owned.

There's really not much else to say here, except that the Volt has otherwise performed flawlessly, during my gas-free commuting days, as well as during the occasional 750 mile round trip that I take about twice a year.  The ride continues to be as silent as the day I bought it, and the Volt, unlike any other vehicle I've owned, continues to put a smile on my face every day I drive it.  The smooth acceleration, no transmission shifts, quiet interior, and instant torque, are all great perks that electric vehicles inherently come with.  Two years later, all of that inherent quality persists.

Efficiency Here's how my mileage and gasoline usage currently stack up:

Chevrolet's tag line says it all: "Electric when you want it, gas when you need it."  My driving pattern makes the Volt a great choice.  To me, the Volt is a great car for people if they drive 10-80 miles daily (or more with workplace charging), and need to take an occasional trip involving triple digit mileage.  My driving pattern, for example, involves a 12 mile round trip commute to work, and a few 750 mile round trips each year.  When adding in my other driving (errands, recreation, etc.) I often find that I travel between 15 and 50 miles on any given day.  A screenshot of my daily mileage, %EV, and MPG in December is shown below from Chevrolet's VoltDC phone app.  I've set my daily goal at 90% EV, and each day is colored to show whether or not I met that goal.

% Miles EV, MPG, and EV Miles for December 2012 as of This Writing (click to enlarge)

As for refueling cost, electricity is about 66% cheaper than gasoline mile for mile.  Many people can actually recoup the steeper cost of a Volt over the life of the car because of this.  My particular case is a even better: with a solar panel array, all of my Volt's electricity is free, and green at the same time! (Sorry, OPEC)

I have easily come to the conclusion that I have a fun AND fuel efficient vehicle.  The Volt is the only vehicle on the market that can allow me to make a few 750 mile trips a year, and still average 135 miles for every gallon of gasoline I use.  To top it off, the acceleration, handling, and quiet ride is simply amazing.  It's no wonder the Volt was ranked highest in customer satisfaction for the second year in row!

Interested in an electric vehicle?  Well, if your driving patterns don't allow you to get a pure electric vehicle like the Leaf (and even if they do), you should seriously consider a Chevrolet Volt.