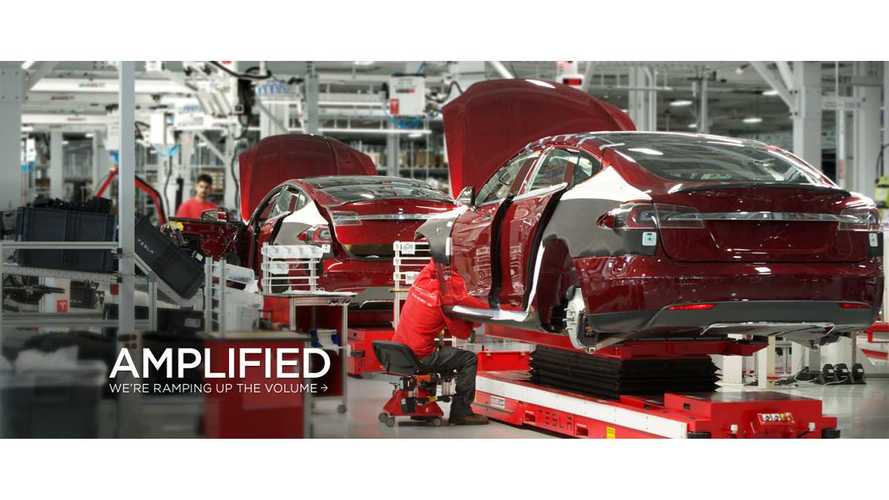 To their credit, Tesla has been very diligent in updating the public (and investors) of how the production on the Model S has been coming along since the first cars were delivered in June.

George Blankenship, who is VP of Worldwide Sales and Ownership Experience stated that Tesla "has now successfully manufactured our 100th production Model S, of which 74 are for delivery to our first reservation holders."

However, this commitment to updates may be due (at least partially) to a disclosure by Tesla last month that the company would only produce half of the initial estimate of 1,000 vehicles for the current quarter.

The question now becomes can Tesla ramp up over the next 5 weeks to reach their expectated 500 vehicles produced by quarter's end?  And 5,000 for the year's total?

The fear on the street, is that without seeing production ramp up to the 5,000 per quarter level, Tesla will be unable to reach a automotive margin high enough to keep the company viable.  For Tesla:  hit the number and its back to business as usual, but miss at their own peril.

Separately, Tesla touted a trip to the track to test drive a Model S Performance Signature by Edmunds InsideLine, and a besting of Tesla's own prediction of a 0-60 time in 4.4 seconds (spoiler: InsideLine did it in 4.3).

Check out the video:

Read more at Inside Tesla