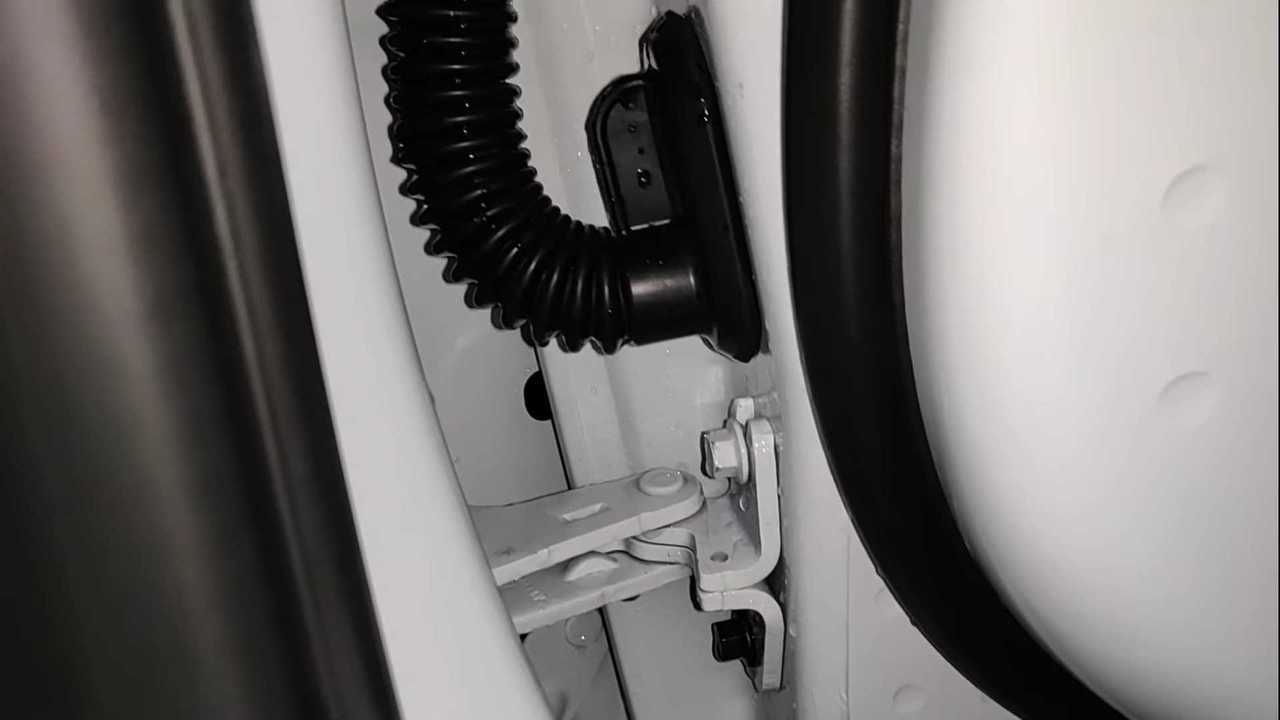 As we mentioned, Joni Savolainen is not only trying to have Tesla repair his car. He is also helping other owners not to have the same issues he has with his Model 3.

When giving a hand to Henri Tamminen at the delivery of his Model 3, Savolainen was impressed by the improvement in quality, but still found weird stuff, such as these different color bolts on the doors.

Although the car is white, the bolts are black, as if they were taken from a black car to ensure this one could be delivered. It may raise just aesthetical concerns, but the reason for these black bolts to be in a white car can be worrying.