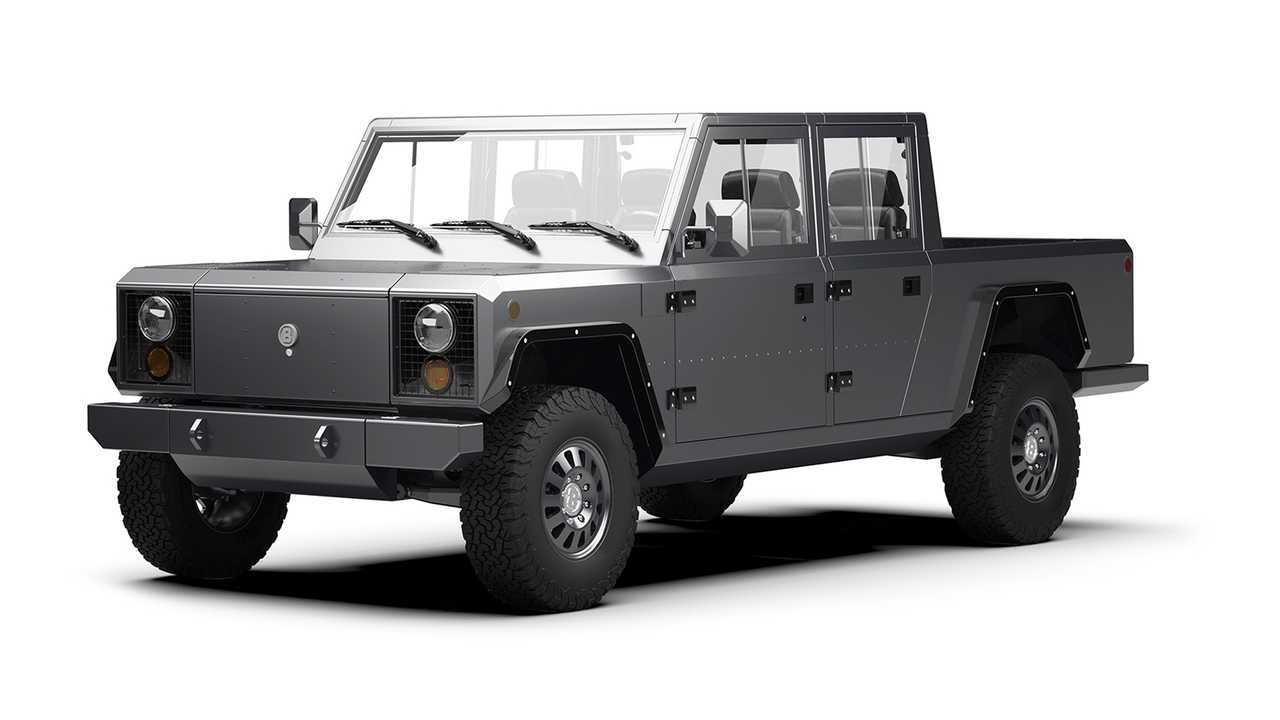 Fledgling EV maker Bollinger plans to begin selling a militaristic-looking boxy electric SUV to be built in Detroit for the 2020 model year called the B1. The company plans to follow that model in a subsequent model year with an equally angular pickup truck called the B2 that would share platforms and components with the SUV.

It would be built on a lightweight, but sturdy, aluminum frame, come with dual-motor all-wheel-drive, and put 614 horsepower with 688 pound-feet of torque to the pavement. Bollinger says it will accelerate to 60 mph in four seconds, tow up to 7,500 pounds, and run for 200 miles on a charge. It will be able to carry objects up to 8.2-feet long via a full-length pass-through at the rear of the cabin. It will come with a Jeep Wrangler-like removable windshield, door panels, roof and rear seat, and is claimed to be seriously off-road capable.