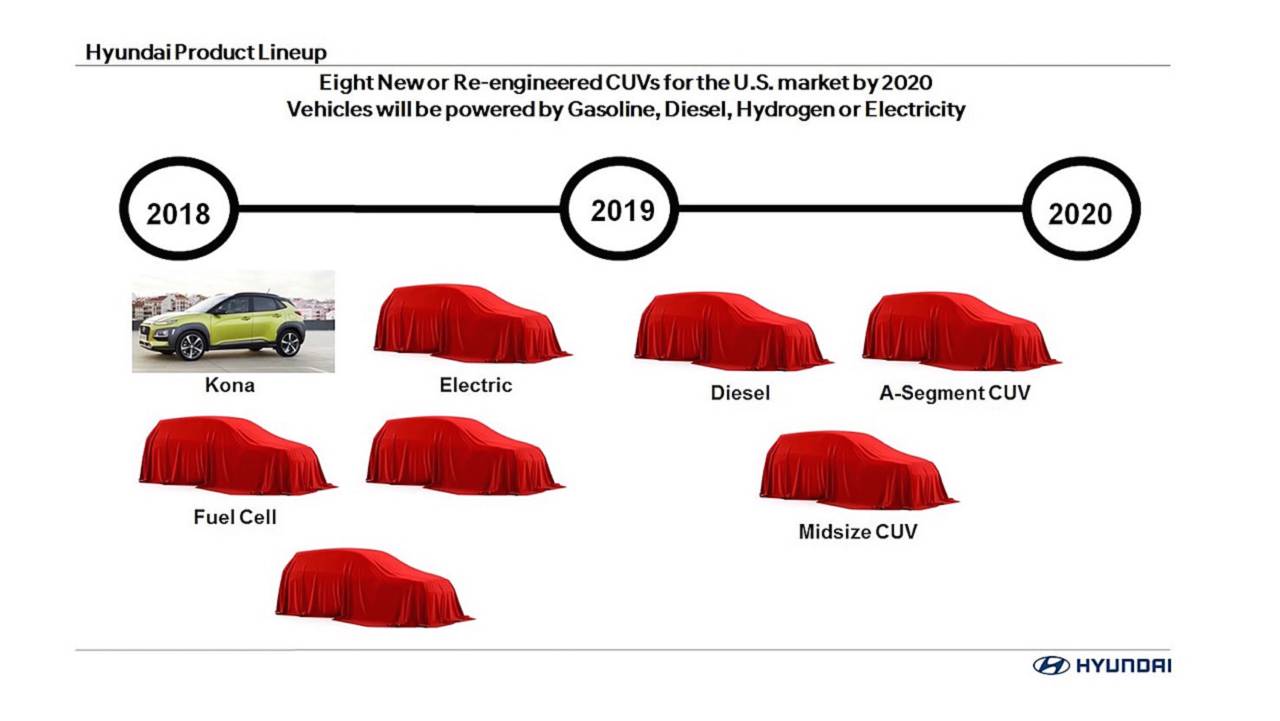 Hyundai has been a bit behind the curve on crossovers and SUVs, leading to a decline in sales this year. To make up for it, the company is going all in, and recently announced there would be eight crossovers introduced by 2020. That includes models we’ve already seen, such as the Kona, and may also include redesigns of the existing Tucson, Santa Fe, and Santa Fe Sport. We will be on the lookout for hints of a new A-segment crossover, and an eight-passenger SUV,  with powertrain options that include fuel cell, diesel, and plug-in hybrid technology. More information may be available as soon as the Detroit Auto Show in January.