UK: Citroen C5 Aircross Will Remind you To Plug It In

The reminders will appear on the car's screen.

The Citroen C5 Aircross plug-in hybrid has received an over-the-air update that sees the car remind owners to plug in. The French petrol-electric SUV will now notify owners if they fail to plug the vehicle in regularly, with the intention of helping to “further optimise the efficiency” of the powertrain.

Effective immediately, cars in the UK will get a so-called over-the-air software update that will be sent to the vehicles from Citroen HQ, meaning drivers do not have to take their vehicle to a dealer. This update enables the “plug-in reminders” to be displayed on the touchscreen infotainment system in the car’s cabin.

These messages will flash up after five days have passed between charges, and 10 journeys have been made without charging the vehicle. In the first instance, the car will issue one reminder per day, but after 30 days that will increase to two notifications per day.

The update will only apply to the C5 Aircross Hybrid, which comes with a plug-in hybrid powertrain combining an electric motor with a 178 bhp petrol engine. It’s hoped this technology will help customers “optimise the usage efficiency of their plug-in hybrid models and to further reduce impact on the environment”.

According to Citroen, the update will help customers make the best of the car’s 34-mile official electric range. Already, the company claims its data shows 55 percent of journeys shorter than 25 miles are made on zero-emission power, while 52 percent of customers already charge their car once or twice every 100 km (62 miles).

But the French company claims an increase in charging frequency would increase the proportion of electric-only journeys and reduce fuel consumption. Charging the C5 Aircross Hybrid takes less than two hours when it is plugged into a 7.4 kW ‘wallbox’ home charging point, although charging from a 13-amp, three-pin domestic socket will take longer.

More on the Citroen C5 Aircross: 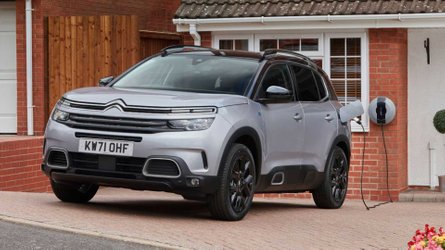 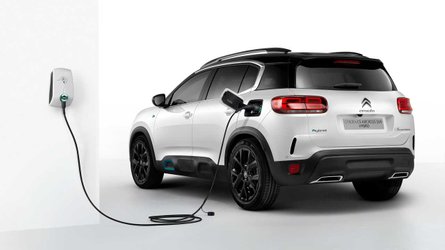 Citroen C5 Aircross plug-in hybrid to debut in Brussels at £35,340

“Citroen has always been a byword for innovation, and that is why the brand is adding even greater value to the ownership experience for its plug-in hybrid (PHEV) customers,” read a statement from the French brand. “With immediate effect, customers who drive C5 Aircross SUV Hybrid will be notified by ‘plug-in reminders’ to help further optimise the efficiency of their plug-in hybrid vehicles.

“The notifications, which come in the form of messages on the touchscreen, have been designed to ensure that drivers can take full advantage of the efficiency benefits of their PHEVs – coupled with obvious environmental benefits.”