DragTimes says this is the race everyone has been waiting to see, and we understand why.

As you probably already know by now, the Tesla Model S Plaid is the quickest production car ever built, and it's been proving it over and over. We've watched this Model S make easy work of legendary supercars, rival electric cars, and even rocket-fast superbikes. This is why it's high time to pit it up against the McLaren 765LT.

This McLaren is the brand's most powerful LT to date, and Brooks from DragTimes just happens to own one. In fact, he says the all-new Model S Plaid and the McLaren 765LT are the two quickest cars in his garage, so drag-racing fans have been waiting to see this matchup for some time.

According to Tesla, the Plaid cranks out 1,020 horsepower from its all-electric tri-motor setup. It can zip from zero to 60 mph in around 2 seconds, tackle a quarter-mile sprint in about 9.2 seconds, and reach a top speed of 200 mph, all while offering nearly 400 miles of electric range.

Meanwhile, the McLaren 765LT makes, you guessed it, 765 horsepower. However, Brooks reminds us that it proved some 850 horsepower on a recent dyno test. McLaren says the 765LT can hit 62 mph in 2.8 seconds and complete a quarter-mile run in 9.9 seconds. It has a top speed of 205 mph.

While the only thing that really matters here is the end results, it's important to point out a few key details. All you need to do is glance at the Plaid and the 765LT to know that these are two very different cars. The McLaren is an ultra-lightweight two-door supercar that's built for speed, and not much else.

The Plaid is a very large four-door five-seat family sedan that's certainly built for speed, but it's also comfortable, packed with the latest tech features, and practical (aside from the price). With that said, even the Plaid's price ($129,990) is practical compared to the McLaren's ($358,000). 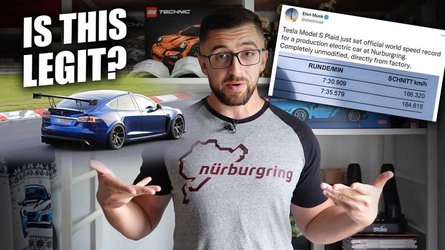 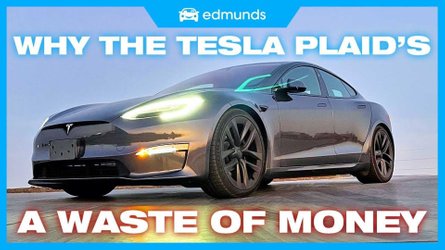 In the end, Brooks is quite surprised at just how badly the McLaren got hammered by the Plaid. Check out the video to see it for yourself. Then, hit the comment section to start a conversation.