All-Electric Cars Listed By EPA Range From Lowest To Highest

From the Mazda MX-30 to the Lucid Air - all the currently available all-electric models (and multiple upcoming ones).

Let's take a look at the U.S. all-electric car market and compare the available (or soon to be available) models by EPA range rating as of September 18, 2021.

We will stick to EPA Combined range value (official or expected) as that's the only common rating that we have in the U.S. In the second part of the post, we will take a look also at the City/Highway results.

The list currently includes dozens of models and a total of over 60 versions, starting with the Mazda MX-30 that is expected to have only 100 miles (161 km) of range and ending on the Lucid Air Dream Edition Range (19") with 520 miles (837 km) of range.

There are only several models (usually older ones) that note an EPA Combined range of less than 200 miles (322 km). Most of the cars are somewhere between 200 and 300 miles.

An interesting thing is that there are more and more 300+ miles cars, including some of the Ford Mustang Mach-E, all Tesla cars (the Model S is even above 400 miles) and the all-new Rivian R1T/R1S.

While Rivian pioneers the pickup segment with 300+ miles, one of the most striking bits of news has been the first-ever model with more than 500 miles range - Lucid Air (a total of three versions, each tested with 19" and 21" wheels).

We would like to note that EPA ratings for some specific models, especially the Porsche Taycan/Taycan Cross Turismo, are much lower than we and other media achieved in test drives, which might be related to its two-speed transmission in the rear.

The 2021 Tesla Model 3 Standard Range Plus is listed twice, as the version tested at 263 miles (423 km), was recently listed as 262 miles (in the Tesla online configurator). 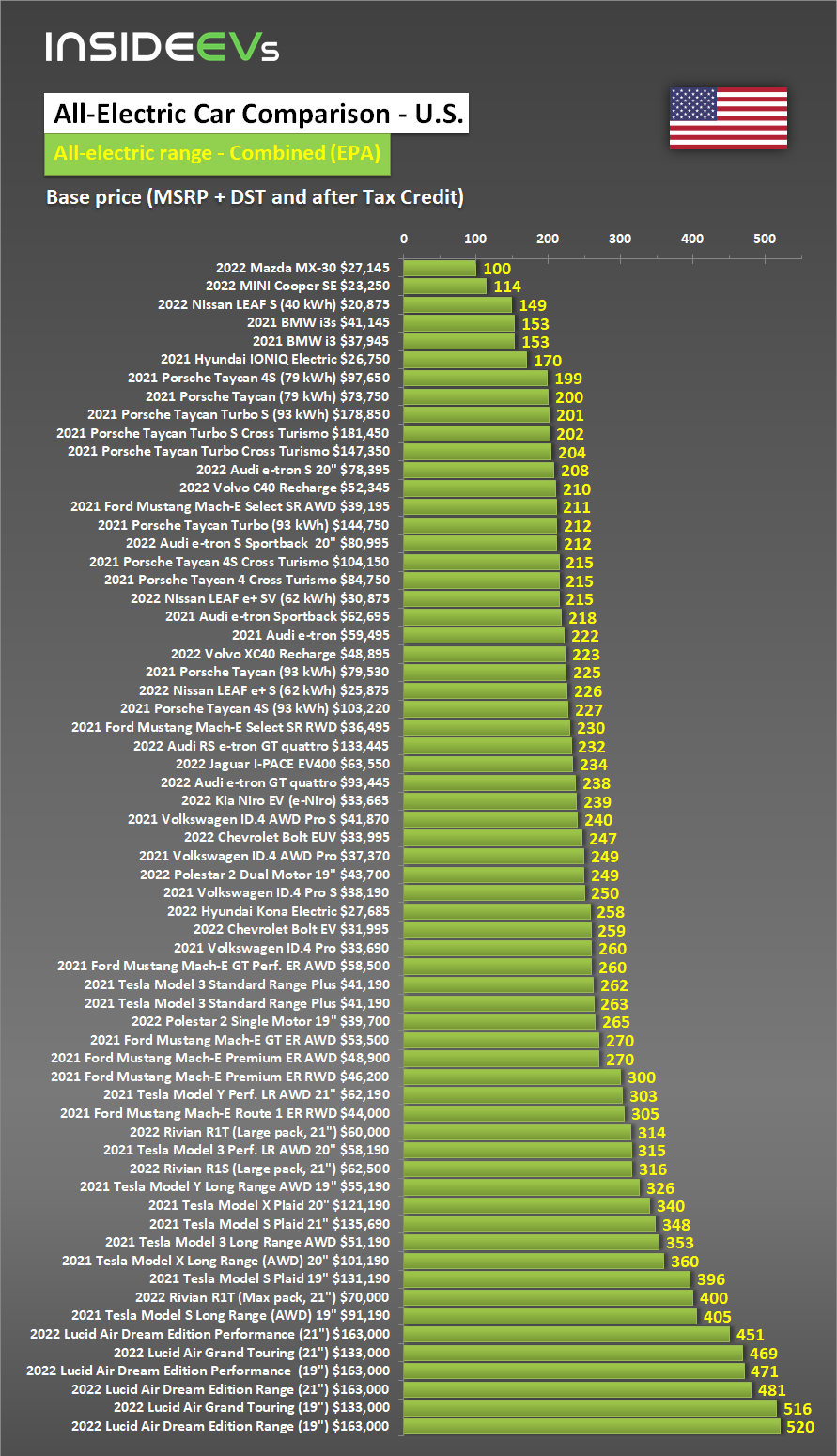 Now let's take a look at the much more advanced comparison, which consists additionally of range ratings for the Highway category (yellow) and City category (green). We don't know ratings for all the models, because many are simply new/awaiting the EPA results.

In most cases, highway range is noticeably lower than City and Combined categories. We would advise paying attention to the Highway rating, as it's the most important for long-distance travel. 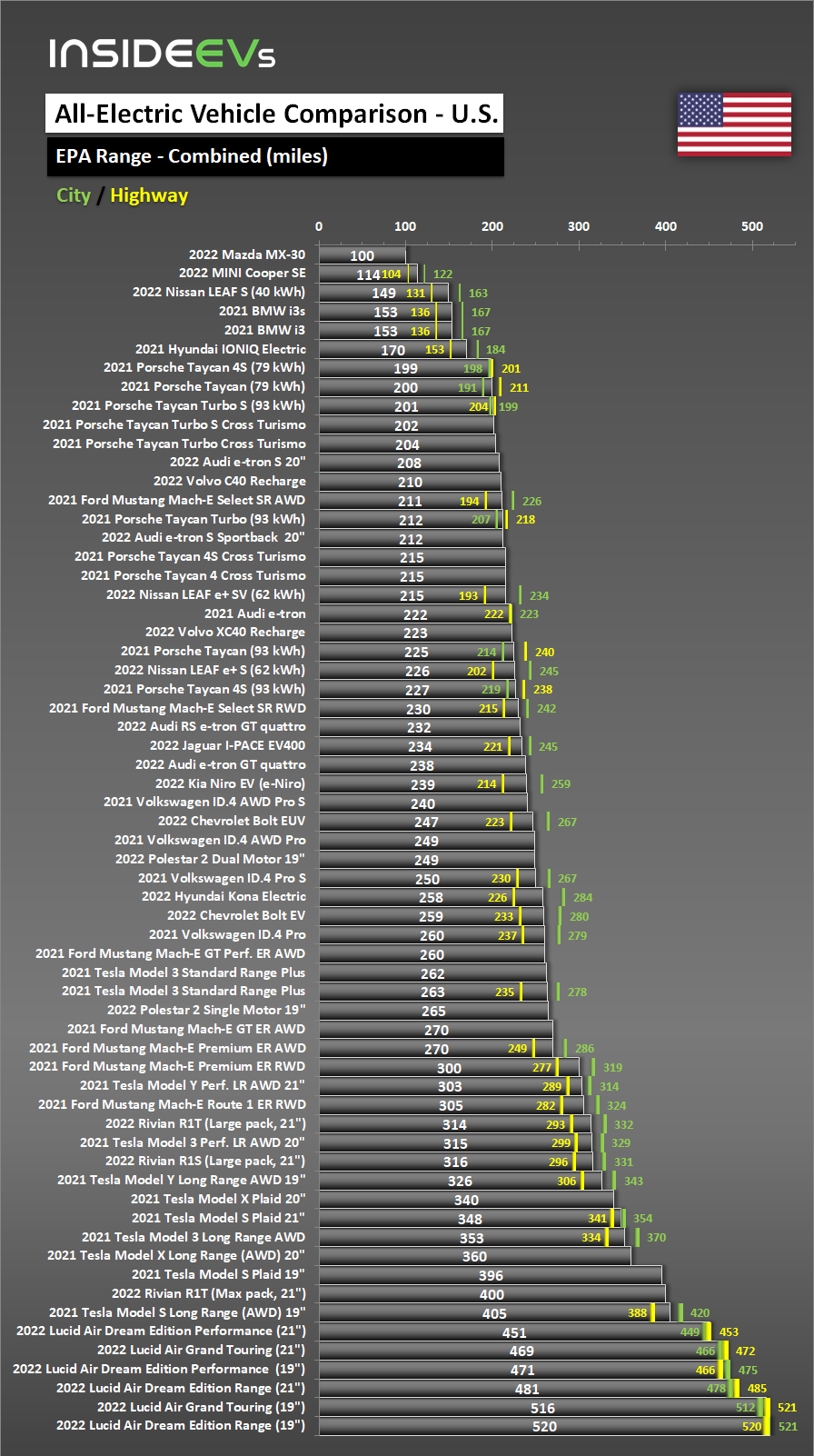 A table version of the comparison:

Electric Cars Listed By EPA Range From Lowest To Highest

For more of our latest comparisons, check out our Compare EVs card here. 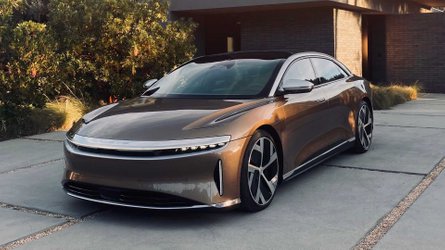 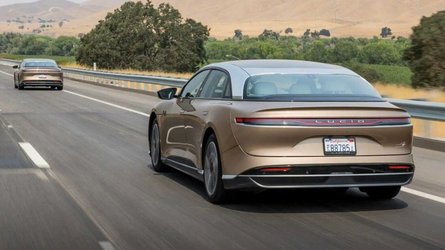 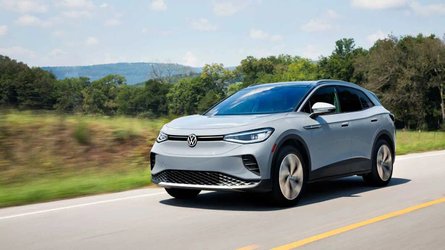 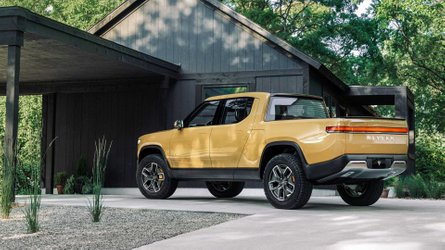 Rivian R1T And R1S EPA Range Numbers Released: Over 300 Miles
By: Mark Kane
++
Got a tip for us? Email: tips@insideevs.com