The new Mercedes EQB is the fully-electric version of the GLB crossover.

Aside from its purpose-built electric models that are (or will soon be) part of the Mercedes-Benz EQ lineup of EVs, such as the EQE, EQS or the next-gen EQC, the manufacturer has also turned some of its ICE models into EVs. It already sells the EQA and EQV, but now it has added yet another model, the all-new EQB.

Seen for the first time at IAA Mobility 2021, the EQB wasn’t a big surprise because we knew it was coming and we had been covering it for months. Just like the EQA, which is the EV version of the GLA, the EQB is the pure-electric version of the GLB. And the difference between the two ICE models is the same for the EVs - the EQB is the slightly bigger and more rugged looking of the two, and the only to offer a third row of seats.

Unlike the EQA, which is also available as the front-wheel drive EQA 250 (which we recently tested), the EQB is only available with two motors, in either EQB 300 or EQB 350 guises. They both draw from the same 66.5 kWh battery pack (shared with the EQA), they have the same maximum charging speed of 110 kW (10 to 80 percent in 31 minutes) and both have an identical WLTP range of up to 419 km (260 miles).

Merceds has not mentioned how quick either version sprints to sixty, but for reference, the slightly smaller and lighter EQA 300 needs 7.3 seconds for the benchmark sprint, while the more powerful EQA 350 drops that to just 5.7 seconds; their top speed is limited at 160 km/h (99 mph).

What sets the EQB apart from the EQA, aside from the slightly more squared off and rugged styling, is the former’s aforementioned third row of seats. Another feature unique to the EQB is it allows second-row passengers to adjust the angle of the backrest, and they also move in order to allow easier access into the rearmost row.

When it comes to how Mercedes is positioning the vehicle, the manufacturer points out that it is aimed at those who want electric drive, sporty and dynamic SUV design and those looking for a compact three-row crossover. Tesla Model Y, Audi Q4 E-Tron and Volkswagen ID.4 are specifically targeted as the EQB’s main rivals, although not all offer the same three-row layout.

The EQB is expected to reach US dealers in 2022, but in Europe it should become available before the end of 2021. All examples will come fairly well equipped as standard, with features such as the most advanced version of MBUX with voice assist, a power liftgate, a full suite of active and passive safety aids, 64-color mood lighting, leather-wrapped multifunction steering wheel and wireless smartphone integration. 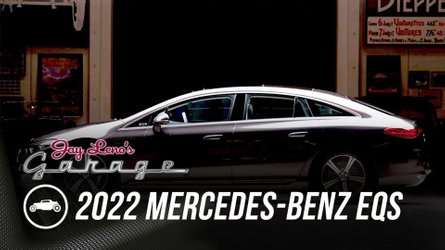 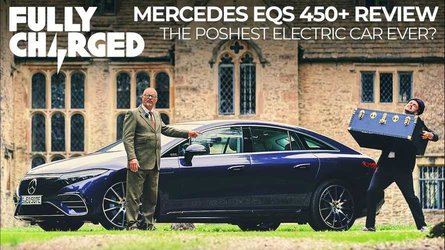 Fully Charged Says Mercedes EQS Is The Most Luxurious EV Ever
By: Andrei Nedelea
++
++
Got a tip for us? Email: tips@insideevs.com