Robotics And Automation Providers See Huge Surge Thanks To EVs

The transition to electric cars is like the new gold rush for related industries and suppliers.

Posted on EVANNEX on September 02, 2021 by Charles Morris

A gold rush attracts prospectors from near and far, and the invariable result is that some get rich quick, and some go home penniless. There’s one group that always does well, however: merchants who sell picks and shovels to the miners. 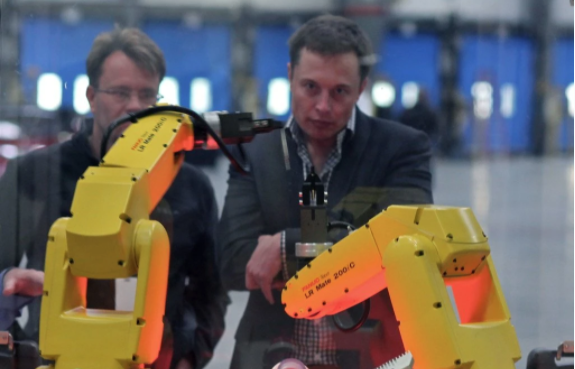 Electric vehicles are today’s motherlode, and both legacy automakers and ambitious startups are investing massive sums in hopes of hitting pay dirt. Some of these will thrive (a certain California carmaker already has), and others will perish. At the moment, all are struggling with a shortage of semiconductors and other components, on top of a persistent pandemic. However, there’s one industry segment that’s doing very well indeed: factory equipment manufacturers that supply robots and other equipment for today’s highly automated production processes. (EV journalists and suppliers of aftermarket accessories are also getting by, thank you.)

As Reuters reports, US manufacturing, in general, is enjoying a broad recovery from the corona crash—new orders rose from $362 million in April 2020 to almost $506 million in June 2021. The makers of robots and other factory automation technology have seen an even bigger surge, and demand is expected to keep climbing as a wave of new EVs goes into production over the next couple of years. Automakers have ordered manufacturing equipment for 37 EV models in North America alone, industry consultant Laurie Harbour told Reuters.

“I’m not sure it’s reached its climax yet. There’s still more to go,” said Andrew Lloyd, Electromobility Segment Leader at Comau, a Stellantis-owned supplier of industrial robots. “Over the next 18 to 24 months, there’s going to be significant demand coming our way.”

Automakers both old and new are putting money into EV factories. Automakers will invest over $37 billion in North American plants from 2019 to 2025, according to LMC Automotive, and a substantial amount of that is for EV-related projects.

Above: A look at the high level of automation and factory robots at Tesla's Shanghai Gigafactory (Twitter: Tesla Greater China)

“This industry is the Wild, Wild West right now,” John Kacsur, VP of Rockwell Automation’s automotive and tire segment, told Reuters. “There is a mad race to get these new EV variants to market.”

“There’s still a pipeline with projects from new EV manufacturers,” said Mathias Christen, a spokesman for paint shop equipment specialist Durr, which says its EV business grew by 65% last year. “This is why we don’t see the peak yet.”

Manufacturing automation company Kuka (which supplies robots for Tesla, among others) says its order book swelled by 52% in the first half of 2021. “We ran out of capacity for any additional work about a year and a half ago,” Mike LaRose, CEO of Kuka’s auto group in the Americas, told Reuters. “Everyone’s so busy, there’s no floor space.”

Automakers and battery builders need to order robots 18 months in advance, said Neil Dueweke, VP of Automotive at Fanuc America (also a Tesla supplier), which set a new sales record last year. “We built a facility and have like 5,000 robots on shelves stacked 200 feet high, almost as far as the eye can see.”