See a comparison of dozens of models tested over the last few years.

The flagship Tesla Model S noted 67.2 dB, which means that the Ioniq 5 is marginally ahead. The Model X tested in the summer season had an average result of 67.3 dB, while the best Tesla Model 3 with aftermarket soundproofing came in at 67.6 dB.

So far, the top results were recorded in the Mercedes-Benz EQC (63.9 dB) and Audi e-tron (65.5 dB). Compared to those two models, the Hyundai Ioniq 5 would be perceived as noticeably louder (roughly 3 dB change). 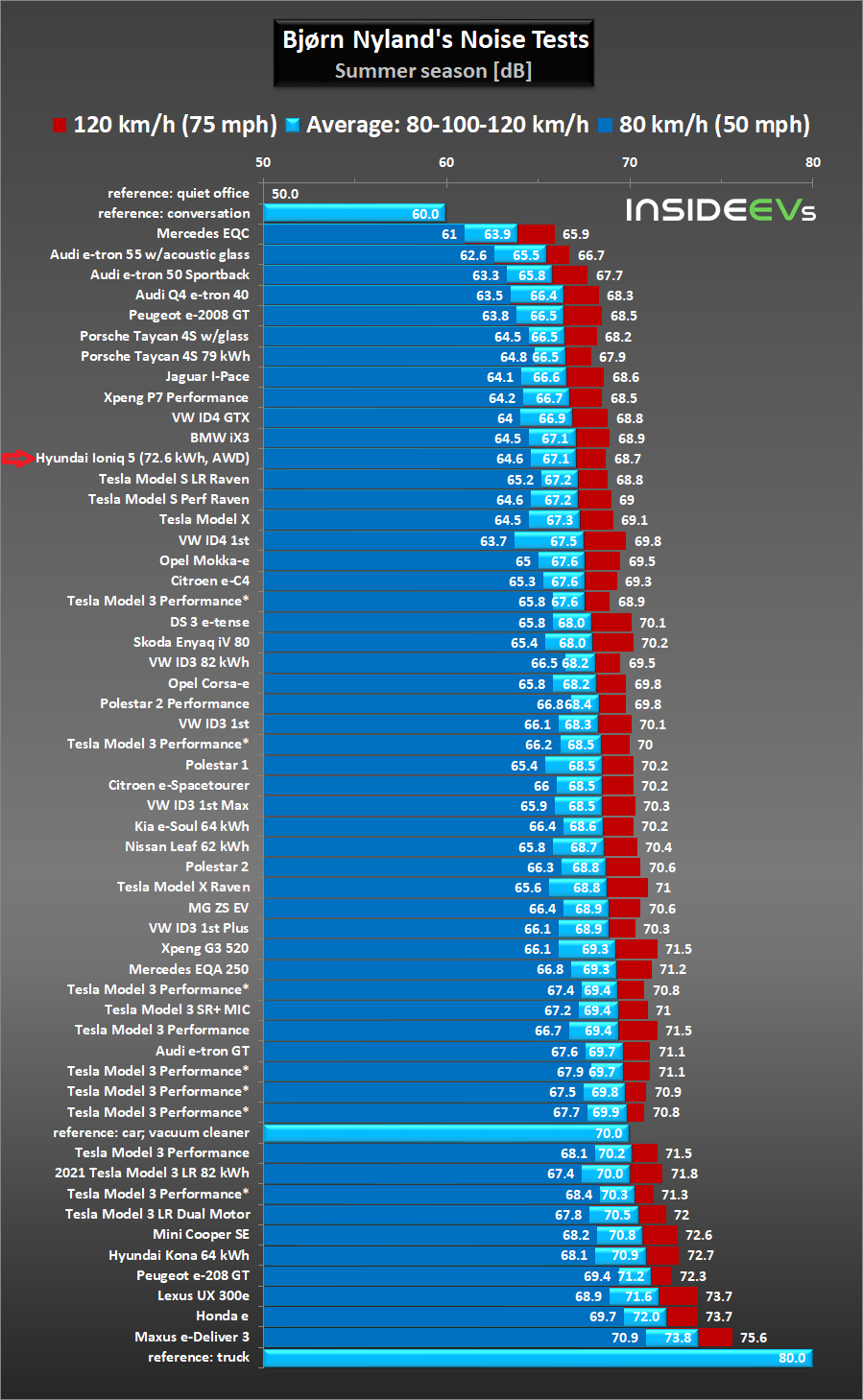 ** some models appear in the chart more than once because they were tested with different wheels (usually, the bigger wheels, the higher noise)

The chart above reveals that most of the models are quite noisy at speeds of 100-120 km/h, comparable to a vacuum cleaner or general car (around 70 dB). That's despite the fact that electric drive is very quiet. Most of the noise at high speed is related to aerodynamics and wheels.

It will be quite interesting to see the Mercedes-Benz EQS, which in theory should be on the top.

3 dB increase is perceived to be a noticeable change (10x increase of sound energy).

10 dB increase is perceived to be twice as loud (100x increase of sound energy).