Spoiler alert: the EV-swapped classic is actually better at serious off-roading... for the most part.

While you can get the new Land Rover Defender as a very competent plug-in hybrid, the P400e with an EV range fo 27 miles, in Europe at least, many will still be bought with the traditional staple for such vehicles, a diesel engine. Carwow just uploaded a video in which it pits a Land Rover Defender diesel against an older Defender that now runs a Tesla powertrain and it’s fully electric.

The classic Defender runs the motor out of a Tesla Model S 100D, which puts out 450 horsepower and 450 Nm (331 lb-ft) of torque. It has a single motor mounted in the center of the vehicle that feeds its power through prop shafts to the front and rear wheels respectively. It also has the Tesla’s full battery pack, albeit split into 60 kWh under the hood and 40 kWh in the rear cargo compartment.

In comparison, the new Defender, with its 250 horsepower diesel engine, doesn’t seem as impressive as the Tesla-swapped classic. However, it does pack Land Rover’s latest technologies aimed at making the vehicle more capable off-road, so it’s really a very interesting and unusual test for it. Surprisingly, other than in the downhill section where the new Defender’s hill descent control helped it stay slow and composed, the Tesla-powered classic was actually the better vehicle off-road.

In fact, it’s easier to operate, since it has no gears or settings to adjust, and it also makes off-roading more serene - it does have traction control, so that also adds to its off-road worthiness. Carwow also previously looked at this electrified Defender in more detail, as well as another (two-door, topless) example and the company that builds them in the video embedded below. 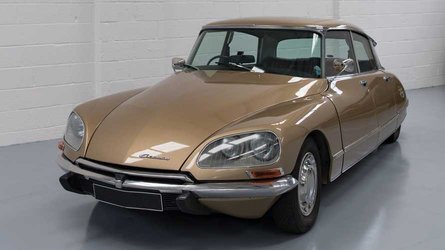 Citroën DS And Electric Power Go Together Like Bread And Butter
⠀ 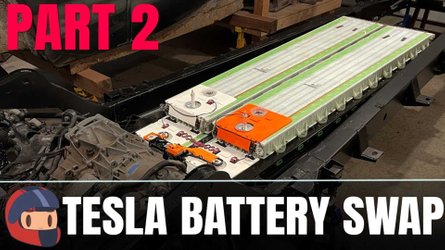