Everrati Turns Porsche 911 964 Into An EV, Retains Its Character

Whenever a new and exciting EV conversion of an iconic classic car comes along, car fans join two different factions: the first group absolutely loves the idea, while the second group is repulsed by the mere notion of throwing out the old ICE lump and replacing it with modern motors, controllers and batteries.

But when the conversion is done well enough as to preserve as much of the car’s original character, it becomes harder to argue against it. Take this 1990s Porsche 911 (964) that was turned into an EV by a UK-based company called Everrati (also partly responsible for this fully-electric Ford GT40 recreation), which is just fantastic.

It has 500 horsepower, a claimed nought to sixty time of under 4 seconds and over 150 miles (240 km) of range on one charge of its 53 kWh battery. It also has brake regeneration, a new Quaife ATB torque-biasing differential to help it put its power down and everything that is done to it can be reversed and it can be turned into an ICE vehicle once again, if at some point in the future an owner will want it.

Everrati also says the vehicle’s body gets an expert restoration and many of the new parts it gets are CAD designed and optimized to not only fit, but also look like they belong there and also improve the car’s rigidity and performance. But does it all come together as well as they say it does, especially when their asking price is £250,000 (around $345,000) donor car not included?

Well, the Fully Charged Show had a go in the only example that’s currently running and driving and the impression was a deeply positive one. 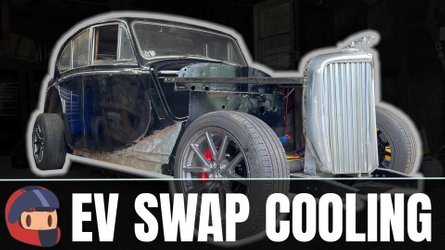 Classic Jaguar EV Conversion Is Nearly Ready To Be Driven
⠀ 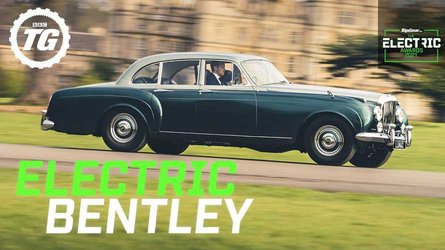