In order to make commercial sense, the Tesla Semi (whose launch has been postponed again) needs to charge its massive battery packs very quickly. One way to simplify and speed up the charging process could be to to it completely wirelessly and this company says it could deliver systems that could charge the Semi at 500 kW or even 1 MW without any physical connection.

One company that says it can deliver such a solution is WAVE, a wireless charging specialist that is now a subsidiary of Ideanomics. WAVE stands for Wireless Advanced Vehicle Electrification and in a recent press release, it announced that it was developing wireless charging for medium- and heavy-duty vehicles.

It also mentioned the Tesla Semi specifically as being one of the first vehicles it uses, presumably to carry out testing and later offer a commercial charging solution for it. The plan is to have a big primary coil embedded into the road which could send power to a plate that can be up to 10 inches or 25 centimeters away. WAVE explains that

The current state-of-the-art drayage truck charging features primarily conductive chargers. The recently announced Tesla Semi concept design has the largest advertised range of 500 miles with a target 80% charge in 30 minutes. The battery pack is estimated to be at least 800 kWh (likely much higher to cover full load and all conditions) and must have a target charge rate of at approximately 1.5 MW. The system under development via the US DOE contract of charging an electric drayage truck at extreme fast-charging power levels will be the fastest charger by a significant margin.

We already know that big electric vehicles with battery packs as big as the Semi’s definitely demand extremely powerful chargers in order to not require several hours for a full charge. Tesla is working on its own solution, the Megacharger, but we don’t really know a whole lot about it right now, other than its maximum claimed charging speed. 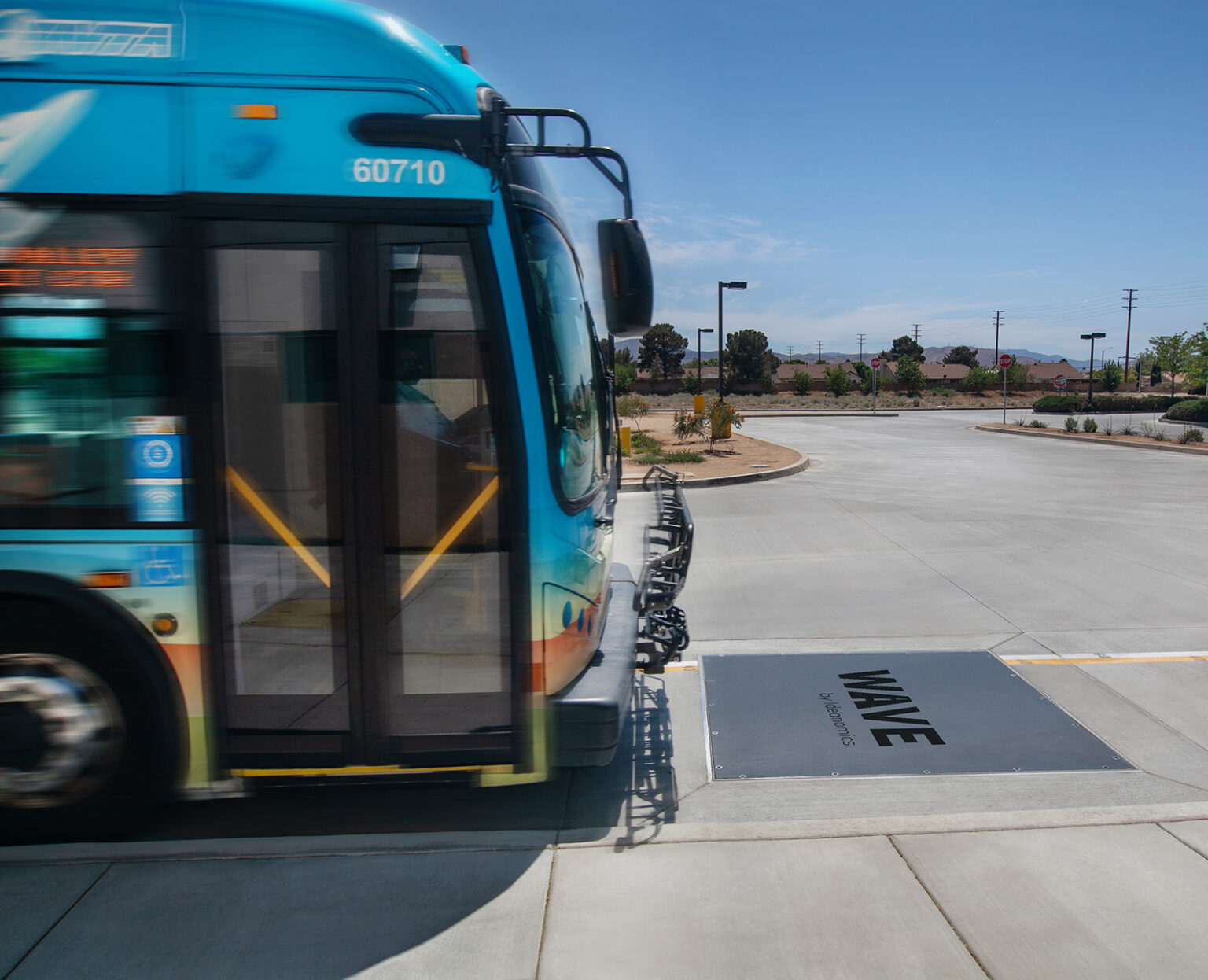 What Tesla has said about the Megacharger is that it will provide up to 1 MW of power, it will require a temperature-controlled liquid-cooled connectors and the first one will be installed at a Frito-Lay delivery center in Modesto, California; Frito-Lay has Semis on order and it wants to have somewhere to charge them up.

WAVE says that its inductive charging points won’t only be reserved for Class 8 trucks, but they will also be compatible with smaller vehicles. And while there’s definitely incentive to put them along busy transit routes frequented by trucks, the company wants to install some in urban centers as well.

The United States’ first wireless charging infrastructure was installed by WAVE at a bus depot in Salt Lake City, Utah and there are plans to expand it into the city, along the route where electric buses operate. The company has also installed wireless charging pads in Chehalis, Washington; all these chargers already in operation deliver up to 250 kW.