The next-gen GranTurismo will ditch the characterful V8 for a smaller V6, but there will also be hybrid and fully-electric variants.

Automakers opted to go down the safe route when launching their first fully-electric models, and so most of them are high-riding crossovers or SUVs. This has led to an almost complete lack of electric sports cars and coupes, but that’s about to change once Maserati launches its all-new GranTurismo.

One of the main draws of the old GranTurismo (known as the Tipo M145, discontinued in 2019) was its V8 engine that didn’t really make the vehicle blisteringly quick - it was all about the noise. The new GranTurismo will still offer a gasoline-burning option, although the old 4.7-liter eight-cylinder will most likely be replaced by a V6 (most likely the Nettuno V6 that also powers the MC20 supercar and it that application it makes 621 horsepower).

But even the ICE version will at least be a mild hybrid. Rumor has it that there will also be a hybrid model (we’re not yet sure if it will be a plug-in or not), but what interests us most here is the fully-electric variant. Unlike the gas model (or models) that are set to be shown sometime by the end of 2021 (in both hardtop and convertible forms), the EV will only break cover in 2022, and there’s a good chance it will be the quickest variant on offer.

Our spies recently spotted some camouflaged prototypes lurking among other Maseratis. These prototypes show that the new GranTurismo’s body shape still retains the classic coupe look, but it’s sleeker and more modern. We can see through the camo that this vehicle will be very easily recognizable as a Maserati.

The prototypes that our spies discovered aren’t electric. The quad exhausts are proudly displayed on the corners of the rear bumper and these may very well be the actual cars that Maserati too photos of for the recently revealed teaser gallery that it published. So this is not the electric version that we were waiting for, but it could still be the hybrid.

It is worth noting that Maserati currently (misleadingly) brands distinct versions of its Ghibli and Levante models as hybrids, even though they are just mild hybrids with 2-liter four-cylinder turbocharged engines. There is therefore a chance that what Maserati may call a hybrid, could in fact just be a mild hybrid. In other words, there may just be the regular V6 version of the GranTurismo (a mild hybrid) and the fully-electric version that will follow it one year later. 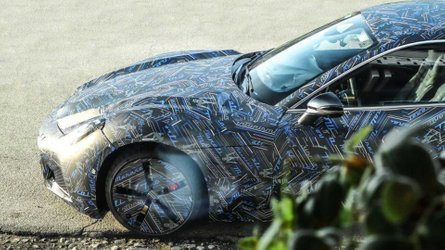 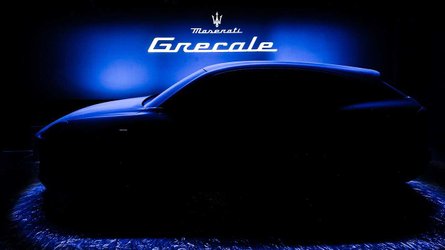