US: New Car Average Transaction Price Increased, But Not EVs

In May, the average transaction price of EVs is 27% higher than the industry average, compared to 50% a year ago.

Kelley Blue Book recently released a very interesting report about the average transaction prices for a light vehicle in the U.S. for the month of May 2021.

As we can see in the table below, only Tesla noted a significant reduction in average transaction prices (down $5,057 or 8.8% year-over-year to $52,560 from $57,617). However, we actually saw that Tesla is noticeably increasing prices for the Model 3 and Model Y every couple of weeks.

Why would the brand's average go down then? The reason must be the absence of Model S and Model X this year (Model S was launched in late June). Excluding Model S/Model X we would probably see an increase in average transaction price as well. 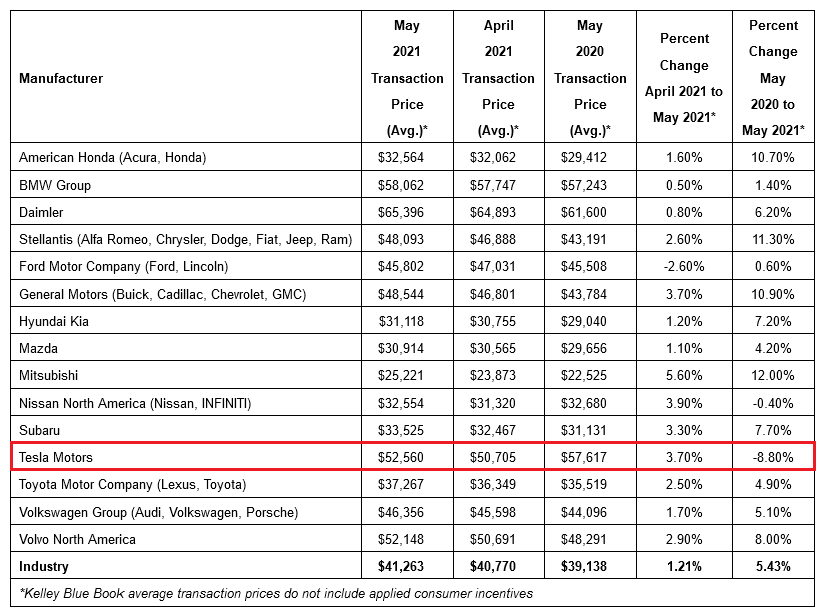 It must have something to do with Tesla, which is the largest manufacturer in the segment, but probably also other manufacturer contributed to the result by introducing and selling more cars with a lower price tag. 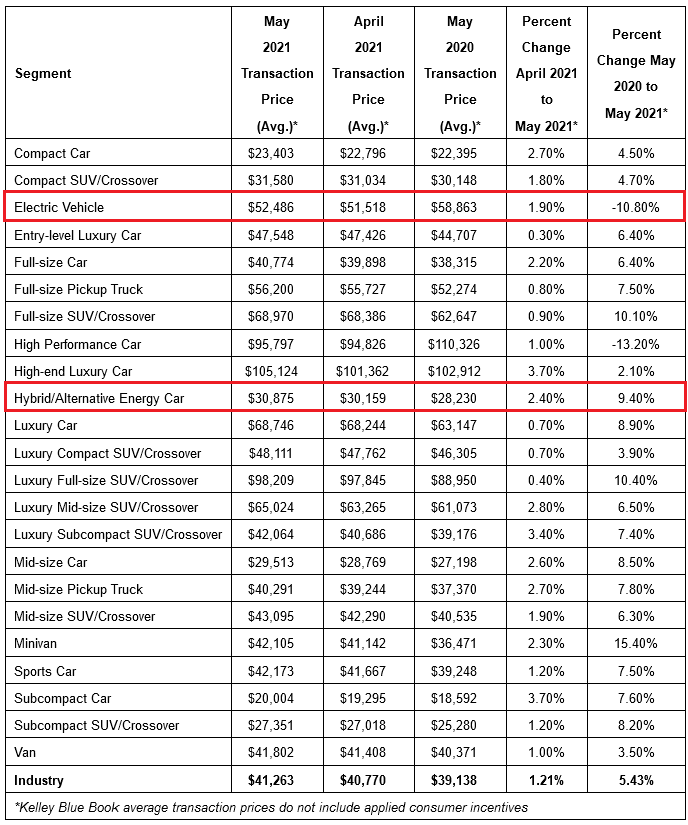