And it almost matched Volkswagen ID.4 and Skoda Enyaq iV.

Since the car is based on the MEB-platform and produced alongside its more mainstream cousins: Volkswagen ID.4 and Skoda Enyaq iV, it's interesting to see whether its cargo capacity is as impressive (see previous tests here: Enyaq iV and ID.4).

One thing is common, all three cars are frunkless. The Audi Q4 e-tron takes nine boxes in the trunk, which is one less than Skoda but equal to Volkswagen.

After folding the seats, the number of boxes increased to 24, so one less than in the case of the other MEB-based models. That's a marginal difference.

One of the interesting things is that the Q4 beat the larger Audi e-tron, equipped with a small frunk (front trunk), by 1 box.

When comparing with some competitors, the Audi Q4 e-tron is basically the same as BMW iX3 and Ford Mustang Mach-E.

To better understand how high this result is, let's take a look at a chart: 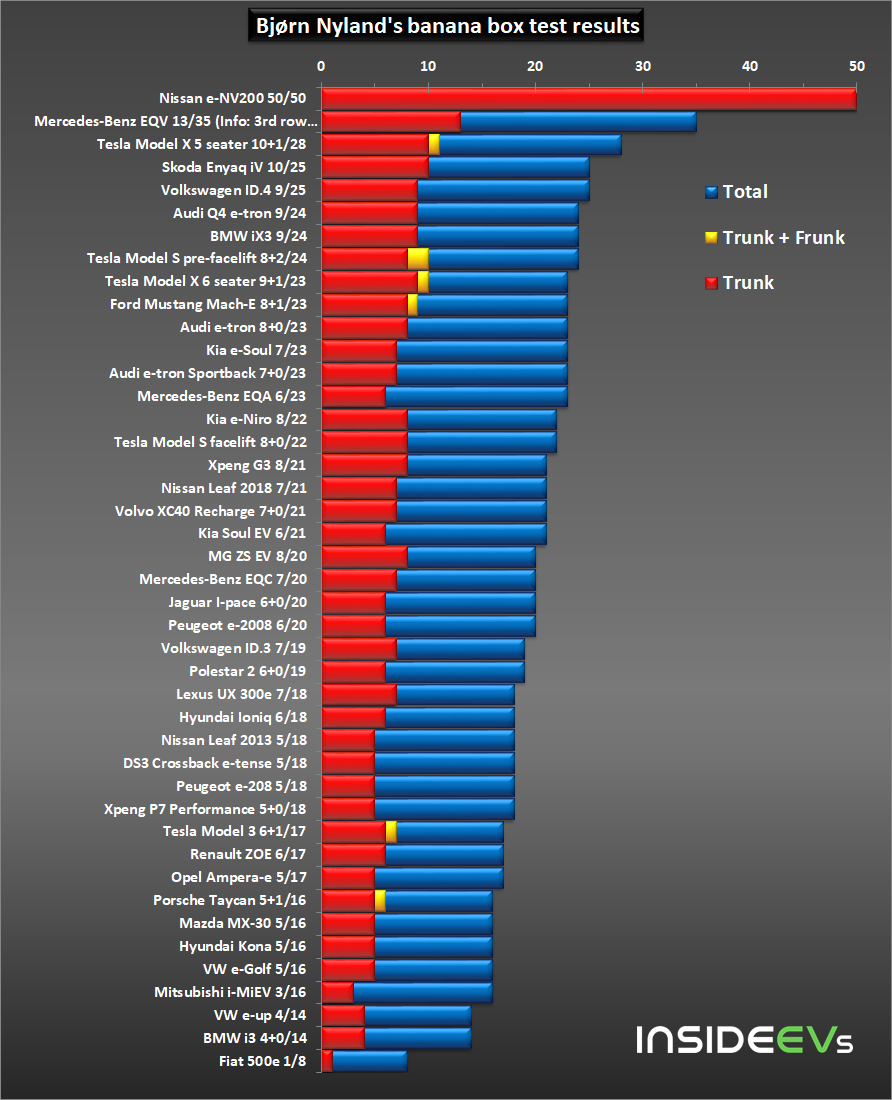 The Audi Q4 e-tron will enter the U.S. market later this year and is expected to noticeably improve Audi electric car sales.

Audi Q4 e-tron Enters Production Alongside Volkswagen ID.4
By: Mark Kane
++
++
Got a tip for us? Email: tips@insideevs.com