It ended in a proverbial photo finish.

The 992 GT2 RS is the ultimate expression of what a modern high performance, track-focused Porsche should be. It is a no holds barred approach to making a vehicle that will hold its own around a track against most cars, some costing several times more.

With these kind of performance numbers, you’d expect that a drag race between the GT2 RS and a Taycan Turbo S would be very close and interesting to watch. And you would be absolutely right, as this video published by Daniel Abt shows. 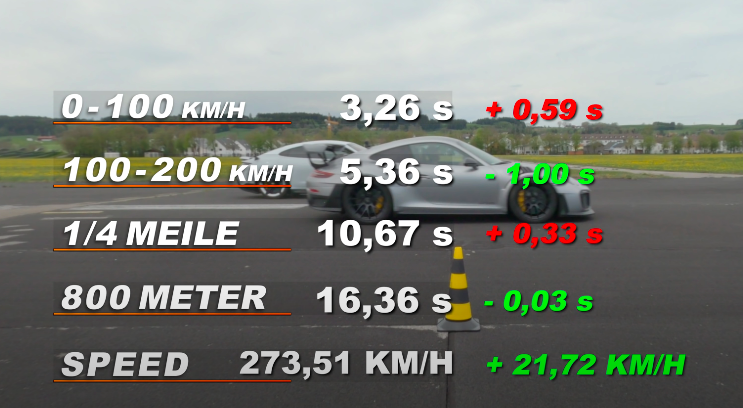 He pitted the 750 horsepower Taycan Turbo S against a GT2 RS and it has to be one of the closest ICE vs EV drag races that we’ve ever seen. The video is in German and if you don’t speak it, you can just skip to the five-minute mark in the video if you just want to see the race.

If you were expecting the all-wheel drive Taycan to just shoot off ahead of the GT2, then you were right again. As is often the case in these kinds of races, the powerful ICE vehicle does begin to claw back the difference - that happened in this instance as well.

As the two vehicles crossed the finish line, the Taycan was doing 160.9 mph (259 km/h) while the 992 was just nudging 173 mph (280 km/h). Had the race been any longer, the 992 would have surely passed in front of the Taycan, but as things stand, this was an example of a proverbial photo finish.