Hyundai announced that on May 24 (at 12:00 p.m. PT) it will hold a virtual premiere for the all-new Ioniq 5 for the North American market. This new model debuted in February.

It's great to see that the Ioniq 5 is coming to the U.S. and hopefully we will get some details about the market launch.

The South Korean manufacturer hints at up to 300 miles (483 km) of driving range and a handy Vehicle-to-Load (V2L) feature that allows to power external devices from the traction battery.

"IONIQ 5’s progressive design explores a new freedom offered by a dedicated battery electric vehicle platform. IONIQ 5 is also a power source on wheels. The innovative Vehicle-to-Load (V2L) function allows customers to freely use or charge electric devices, such as electric bicycles, scooters or camping equipment out of the vehicle. During the debut, Hyundai’s leadership will discuss commitment to electrification, IONIQ 5 design, North American product attributes and other major announcements."

We guess that the final specs for the U.S. market will be similar to the global specs (see the European specs here) except for the fact that Hyundai says the US version of the Ioniq 5 will be equipped with a 77.4 kWh battery and has not stated if a smaller battery option will be offered.

A strong point of the Hyundai's EV-dedicated E-GMP platform is the charging capability of 10-80% SOC in 18 minutes (using an ultra-fast, 800 V DC chargers).

The Hyundai Ioniq 5 might be one of the biggest competitors for the Tesla Model Y and other electric crossover/SUVs. 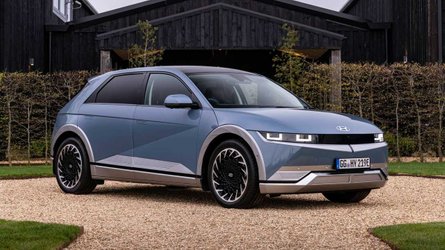 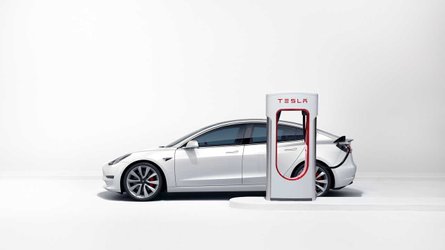 Tesla Model 3 LR Vs Hyundai Ioniq 5: Fast Charging Comparison
By: Mark Kane
++
++
Got a tip for us? Email: tips@insideevs.com