Just think of the footage authorities would have access to if all cars eventually had built-in dashcams.

According to a recent video shared by Tesla Owners Oregon on its official YouTube channel, this car reportedly crashed through a barrier, took to the air, rolled over violently, and ended up in a ditch. Two people were reportedly removed from the car and transported to a local hospital.

As you can see, the TeslaCam video is relatively brief, and there are plenty of unanswered questions. However, Tesla Owners Oregon provided a written description of the incident with the details that were known at the time of publication. It also provides some helpful still images at the end of the video.

Per Tesla Owners Oregon, the crash happened on Monday, May 10, 2021, on Highway 217. At around 10:30 AM, a driver crashed through a barrier on 217 at I5 before launching into the air and flipping into a ditch. Emergency responders and fire crews raced to the scene.

As the story goes, there were two people trapped inside the wrecked car. It was difficult to access since it ended up on a steep embankment with thick brush. However, the report says firefighters were fortunate to be able to remove the two passengers in less than an hour.

The crash victims were immediately transported to a local hospital, though, at the time of writing, there was no official update on their current condition. The Tigard Police Department told the local news that the crash resulted in serious injuries.

There are also no clear details confirming what caused the crash. However, local authorities are suggesting it could have been the result of a medical emergency. Oregon State Police are actively investigating the situation. 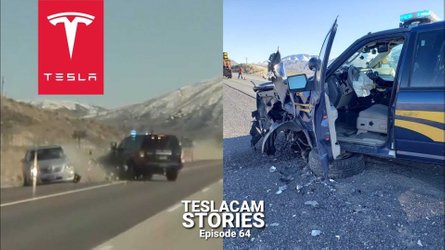 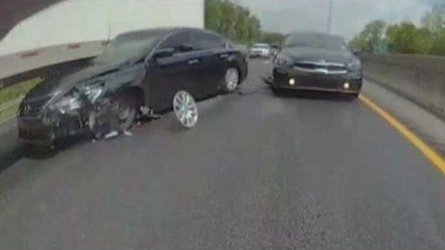 Check out the video, and make sure you watch until the end. Tesla Owners Oregon provides a few still images that may help figure out what could have happened. Leave us your detective work in the comment section below.