The target is to deliver the first trucks by the end of this year.

According to Nikola Corporation's financial results for the first quarter of 2021, the company had no revenues, while the net loss from operations exceeded 120 million (compared to almost 32 million in Q1 2020).

Since Nikola is in an early stage, we are most interested in the development progress and production targets.

The company explains that in Q1, the activities included commissioning the first batch of five Nikola Tre BEVs (alpha).

"Commissioning and validation activities continue on the Nikola Tre battery-electric vehicle (BEV). As expected in a new program development cycle, we have had to overcome some component level delays which we have worked through with our suppliers to minimize the impact on the scheduled timeline. Q1 activities included commissioning the first batch of five Tre BEVs and validation testing at the proving grounds. As of today, powertrain performance and durability testing have started at the proving grounds."

The next step is the second batch of nine beta Nikola Tre BEVs, of which: 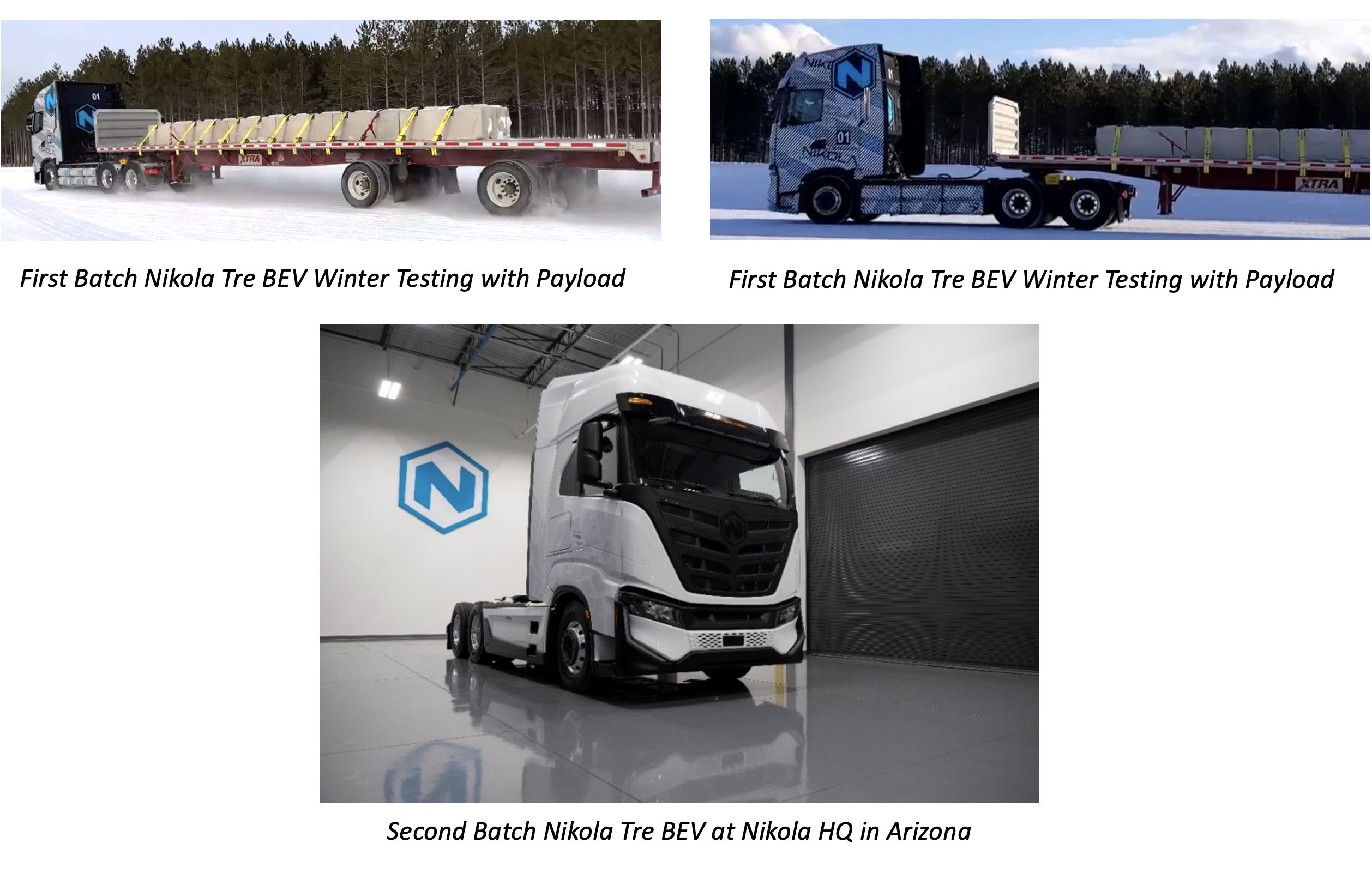 According to the report, work at both sites are in advanced stage and we can expect that the trial production of the battery-electric truck will start in June (in Germany) and in July (in Arizona). The hydrogen version is in the alpha stage at both sites.

"As of May 7, Nikola and IVECO have nearly completed the building modifications of the joint venture manufacturing facility. The dismantling and building restructuring have been completed. The automatic guided vehicle (AGV) system installation is ongoing and is expected to be completed over the next few weeks. The tool and equipment installation of the 14 separate workstations should be completed by the end of the month. Nikola is on track to begin the start of trial production in June 2021." 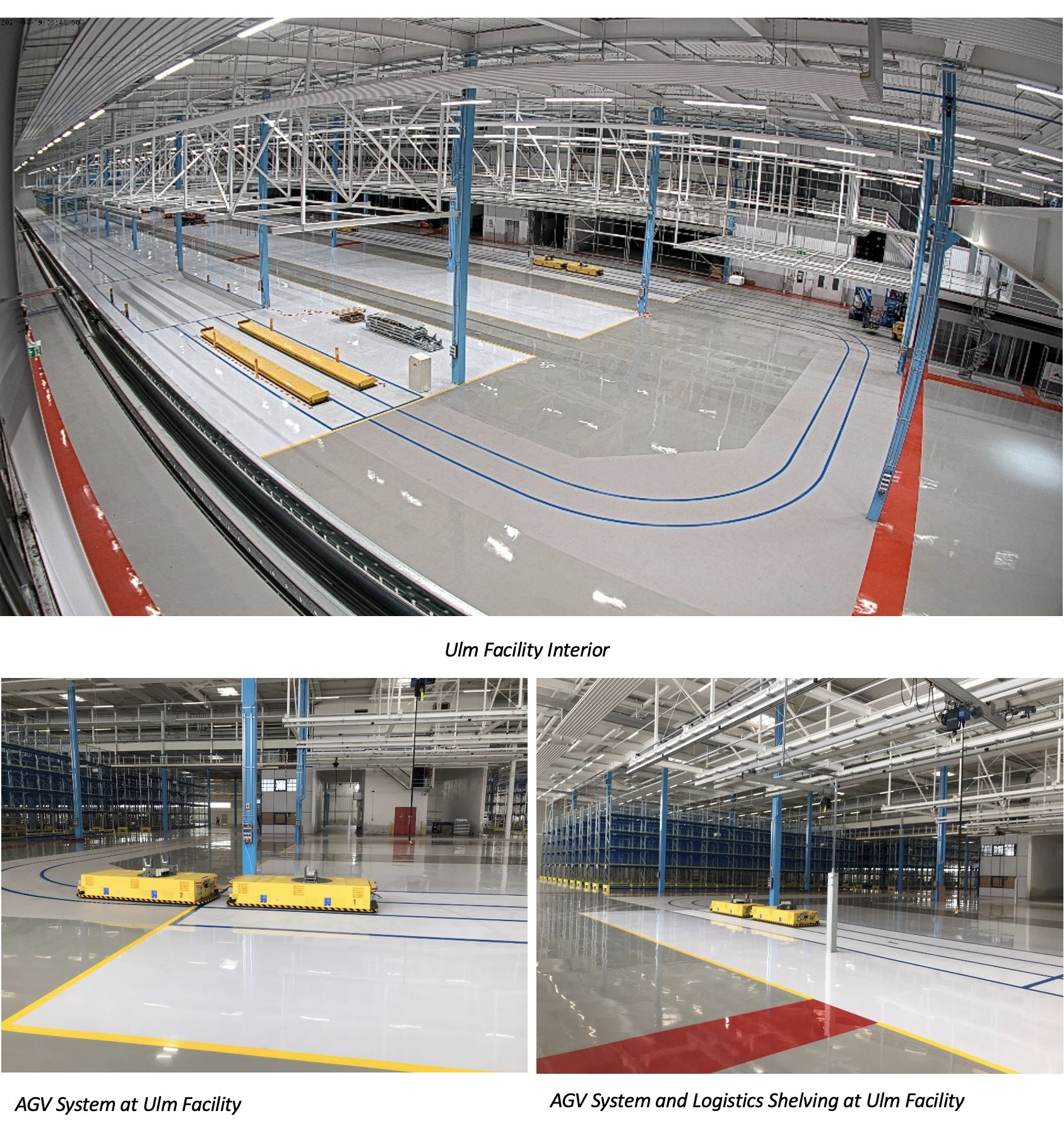 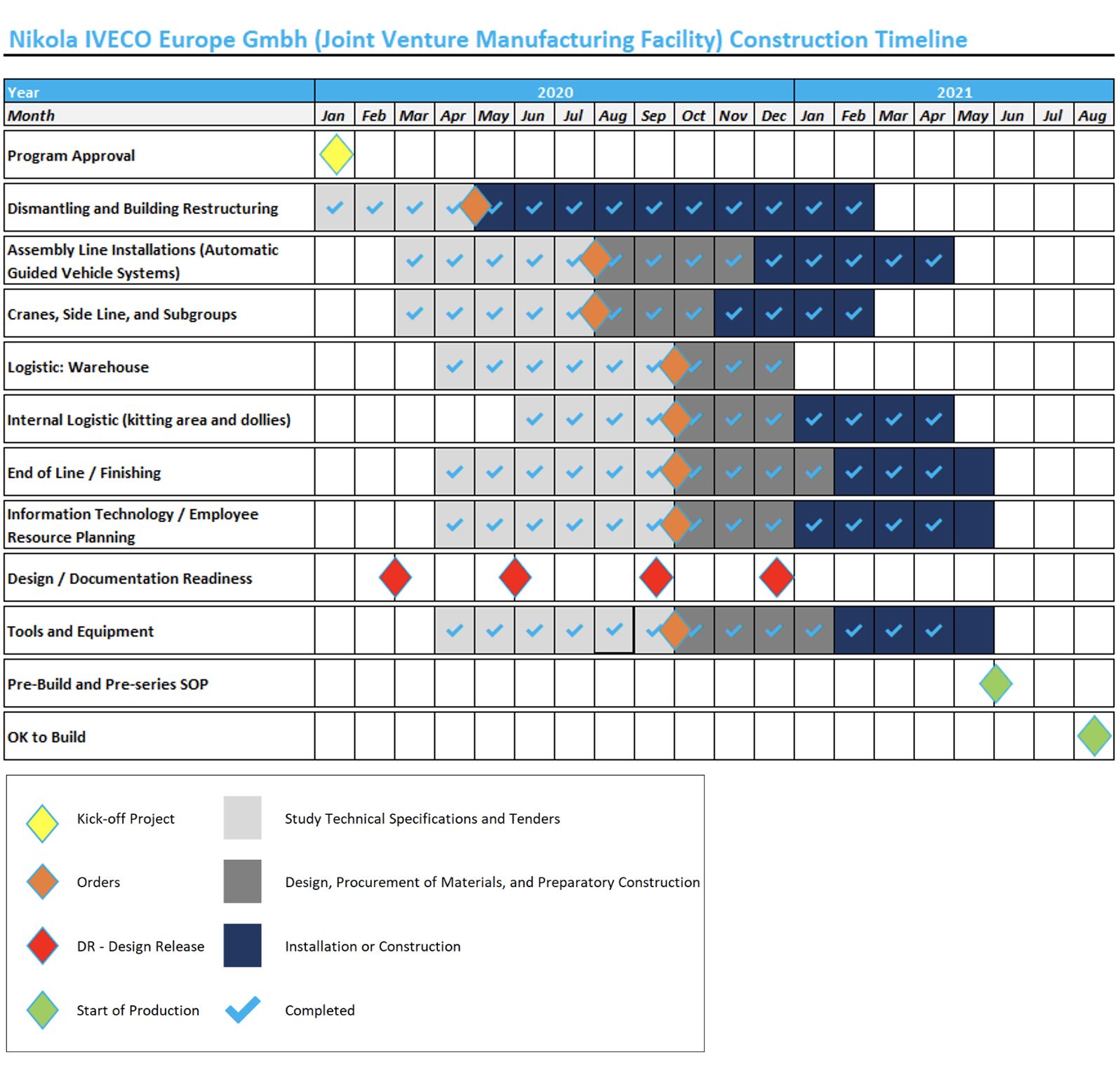 In Arizona, on the other hand, the small manufacturing facility seen in drone videos turns out to be closer to start trial production than we thought.

"During the first quarter of 2021, Nikola continued to make progress at the greenfield manufacturing facility in Coolidge, Arizona. The building has been substantially enclosed with the floor slab, roofing, and walls complete. The electrical and mechanical construction and installation is nearing completion and the manufacturing equipment is beginning to be installed. The road paving is ongoing and utilities have been installed. As we begin vehicle trial builds at the facility in July, Nikola will concurrently be building out the Phase 1 assembly expansion area at Coolidge."

An interesting thing is that the trial production of Nikola Tre BEVs will start in Arizona in July.

Moreover, the hydrogen version is in the alpha prototype stage at both sites - in Germany and in Arizona.

"Nikola’s technicians are in Ulm building second batch Nikola Tre BEV betas and Nikola Tre fuel-cell electric vehicle (FCEV) alphas, and by the end of Q2 2021 will come to Arizona to build trucks at the Coolidge facility. Nikola has also begun the assembly of the first Tre FCEV alpha in Coolidge." 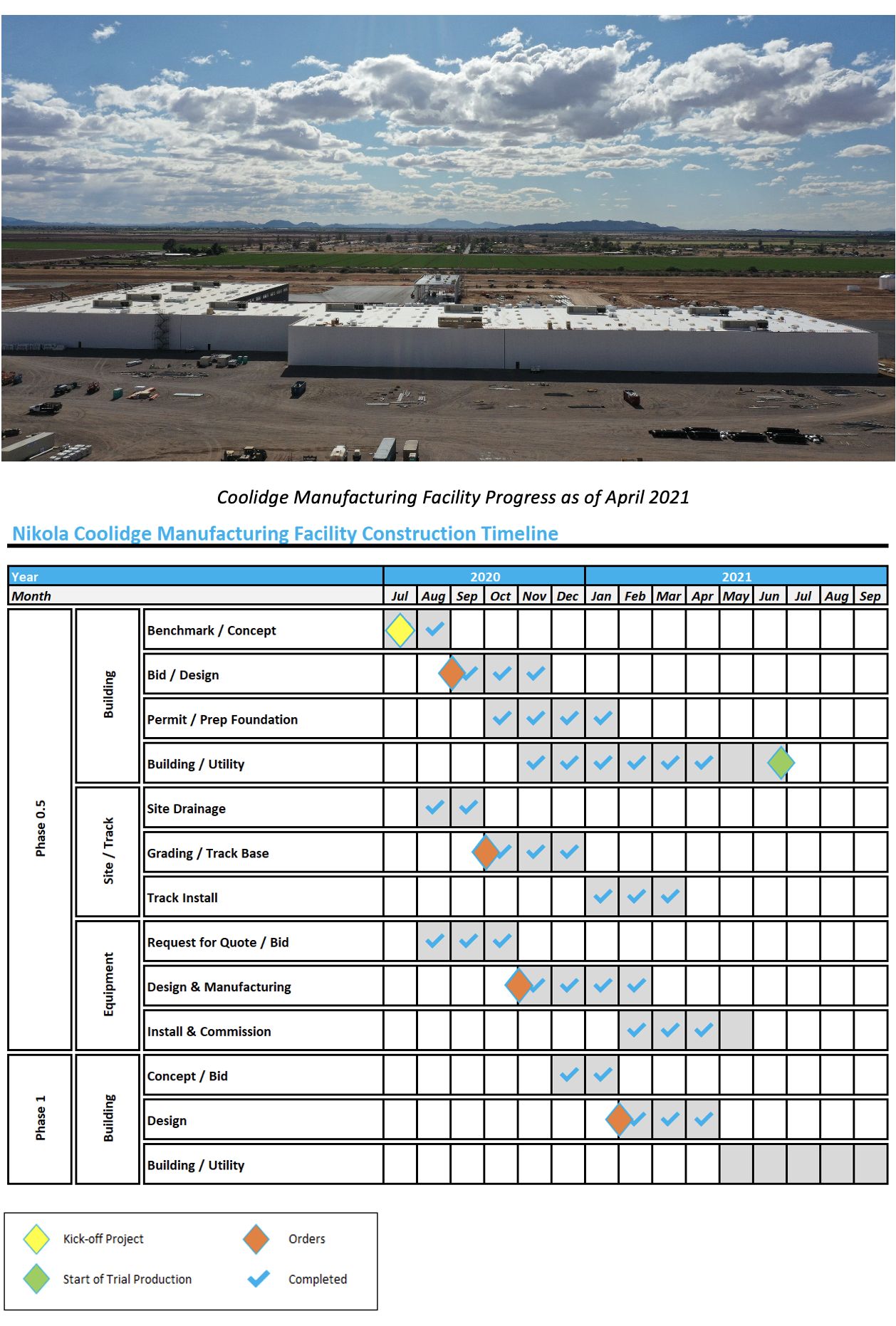 Overall, Nikola intends to deliver the first battery-electric trucks to customers in the fourth quarter of this year. The company doesn't explain whether it will be in Europe or in the U.S., but at least we have a confirmation that it should happen within several months.

This year, Nikola would like also to break ground on its first commercial hydrogen station.

Below we attached the latest drone video from Coolidge: