Check Out How Tesla's In-Cabin Camera Analyses Your Face 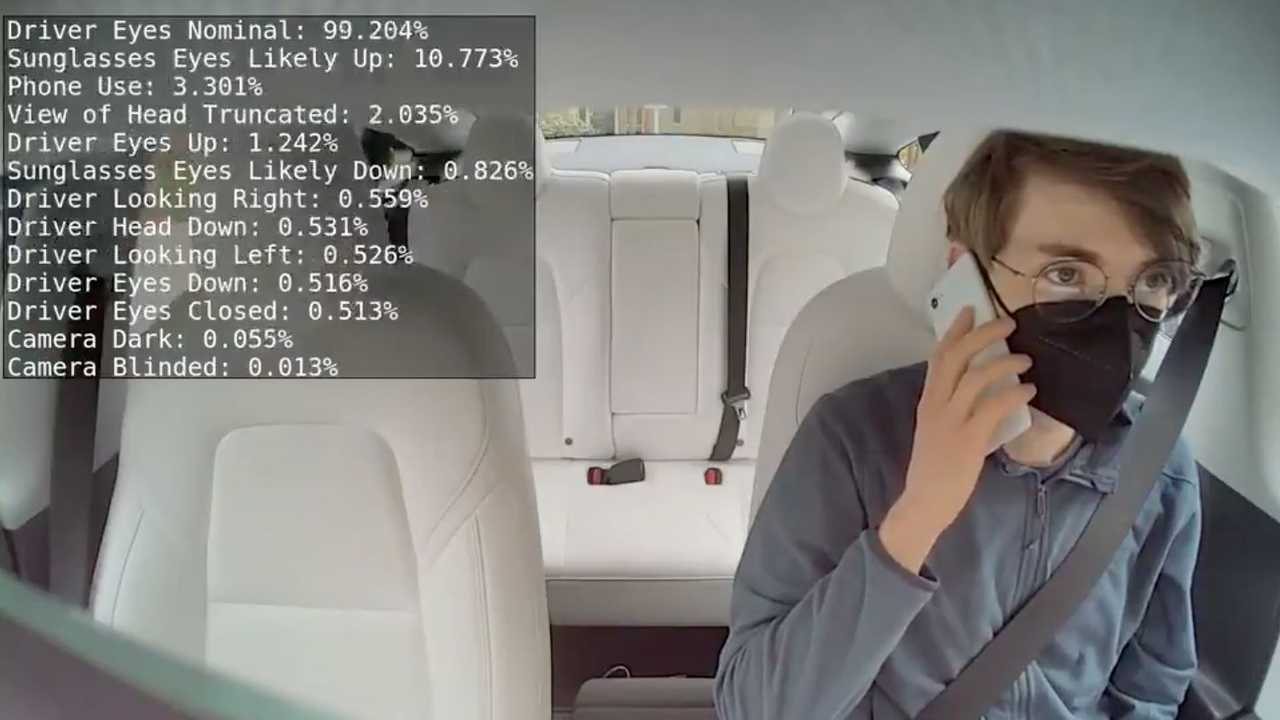 Is it always on?

We've already reported on what Tesla's in-cabin camera is looking for when recording, but we have yet to see footage of what the camera records and how it analyses the driver's face in real time. Thanks to Tesla computer wiz @greentheonly on Twitter (he also has a YouTube channel by the same name), we now know.

Green posted several videos of what the in-cabin camera records along with the data showing what the system "sees" when analyzing the driver's face. When asked how he got the video and information, he simply replied on Twitter:

"The usual way, straight from the autopilot computer."

Please keep in mind that it's still unclear if the camera is always recording the driver. Initially, Tesla claimed the in-cabin camera only turned on during special circumstances. This is what the support site says:

Model 3 and Model Y are equipped with a Cabin Camera that is located above the rear-view mirror and turned off by default. If you enable the Cabin Camera, a short video clip will be captured and shared with Tesla following a safety event such as a collision or an advanced emergency braking (AEB) event. This short video clip is intended to capture the few seconds before a safety event and does not include any footage from the safety event itself. These clips will be used to help Tesla engineers develop safety features and software enhancements, such as collision avoidance updates and more. Cabin Camera images will not be associated with your VIN or any other identifying information. To enable or disable data sharing, tap ‘Controls’ > ‘Safety & Security’ > ‘Data Sharing’ on your car’s touchscreen. You may change this setting at any time.

It's hard to believe that the camera would always be on without drivers knowing about it. That would be a huge invasion of privacy, something that Consumer Reports has already raised concerns about. Additionally, China has banned Teslas from military areas out of fear that the vehicle cameras are recording sensitive information.

In the videos, it doesn't appear the driver was using FSD Beta, and it's not clear if the cabin camera in his car is always on or if he somehow programmed it to be on for these videos. Regardless, it's quite fascinating to see the system in action. Check out @greentheonly on Twitter, he's answered many questions regarding these videos.

Watch The Most Fascinating Tesla Full Self-Driving Video To Date
⠀