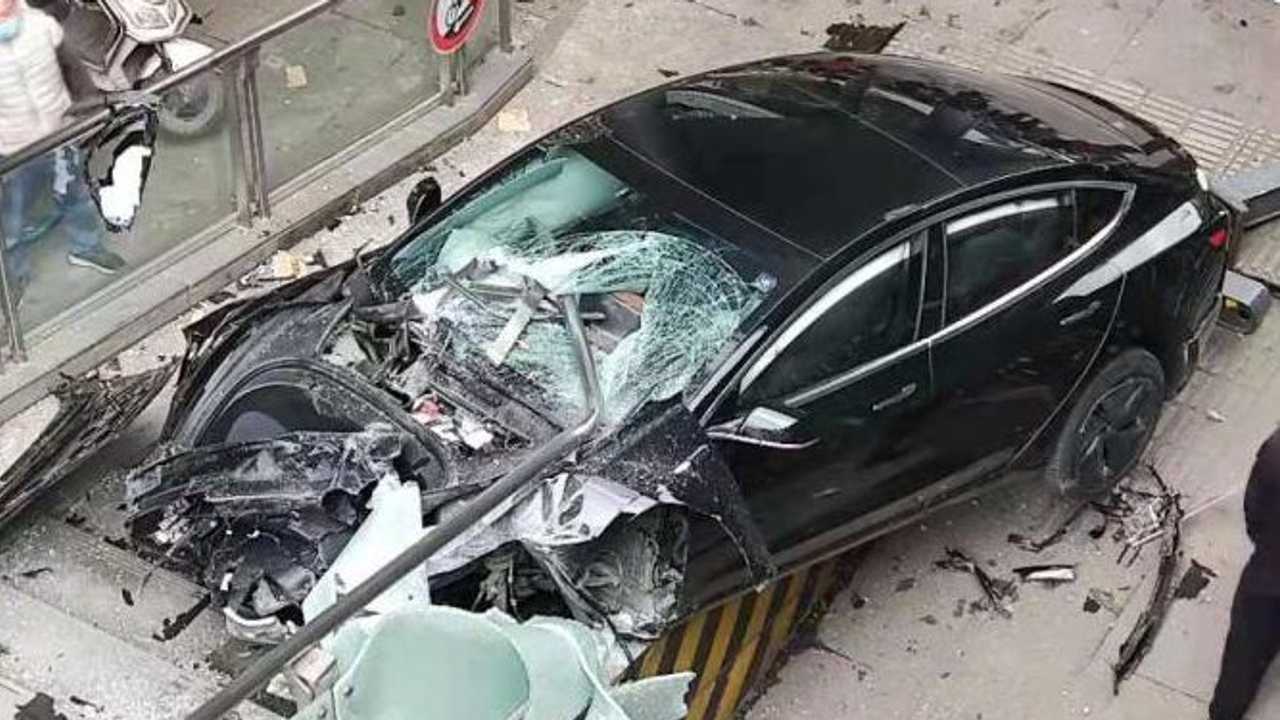 Fortunately, only one person was hurt.

As bad as the images look, the driver was not hurt. The photos show the aftermath of a Tesla Model 3 crashing into the stairs of a pedestrian overpass in the Chinese city of Chengdu.

The cause of the accident isn’t completely clear but the police report makes it sound like it was driver error: "Due to improper operation, the vehicle lost control and collided with the electric bicycle.” There wasn’t any mention of Autopilot. The system tends to get blamed for many Tesla accidents.

The black Model 3 was totaled in the accident. The entire front fascia, hood, and front driver-side tire are completely torn off and there is a huge gap in the windshield. The driver was lucky, but the Model 3 is a safe vehicle.

Tesla likes to tout the safety of its EVs, and the Model 3 is one of the reasons why. The IIHS gave the Tesla Model 3 its highest rating of Top Safety Pick+ for 2019, 2020, and 2021. Getting the Top Safety Pick+ award is difficult, click here to learn more about it. It’s a similar case with NHTSA crash testing, the Model 3 received the highest five-star overall safety rating for the same three model years.

It’s unfortunate that the Model 3’s accident avoidance system didn’t prevent the accident from happening, but it couldn't have possibly made the crash less severe.