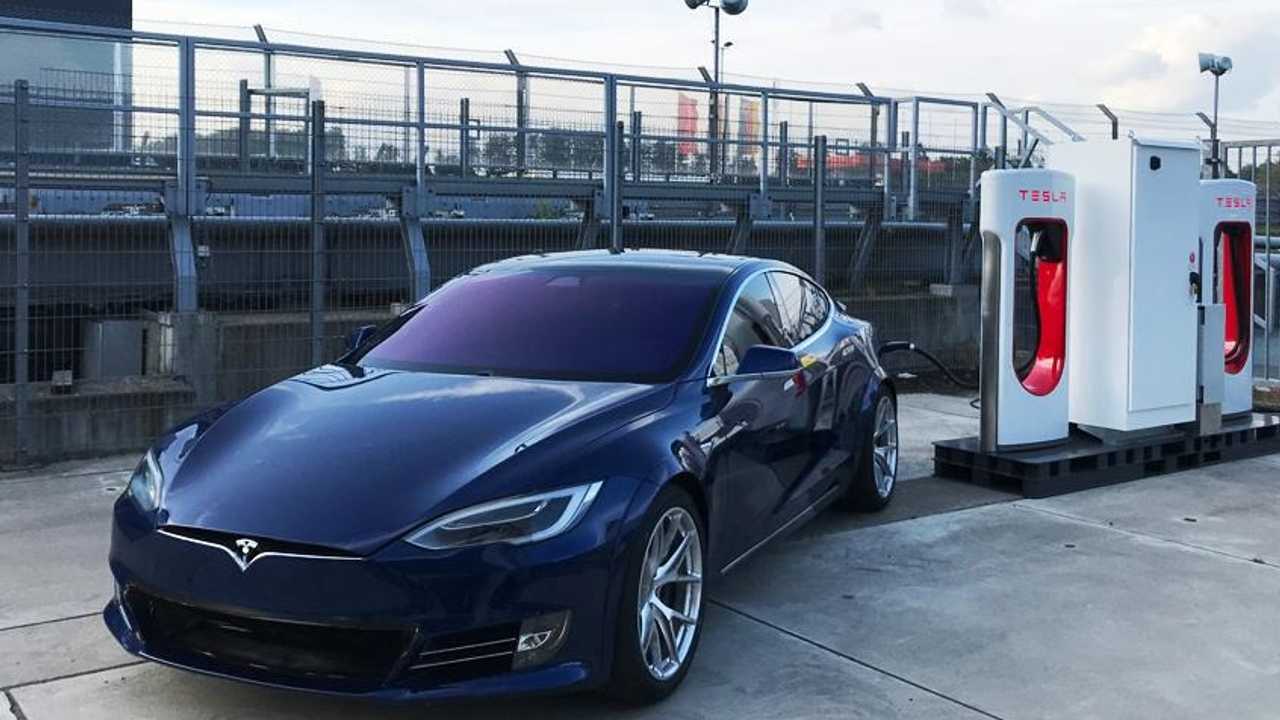 Tesla is building entire Supercharger setups on concrete slabs for ease of installation.

According to many Tesla owners, the company's Supercharger network is among many features that set Tesla apart from other automakers. While people often buy Tesla's vehicles for their performance, long range, and state-of-the-art tech features, they also choose not to buy competing EVs mostly due to the lack of adequate and reliable public fast-charging networks.

Tesla is constantly expanding its Supercharger network across the globe, and now, it seems the company has come up with a new way to streamline installations and make them even faster. As you can see from the image below, first shared on Reddit by u/ebgerday, Tesla appears to be dropping off pre-fabricated Supercharger setups to install at its new site in Beaver, Utah.

Upon close inspection, the entire setup looks like it's sitting on a concrete slab. Tesla has used mobile Superchargers in the past. You may remember, it set one up at Nürburgring when it was testing the Model S Plaid at the famous track (see photo at the top of the page). It has also used them at various Supercharger stations to reduce the wait during peak times. However, people looking into this new development suggest that this situation is different from those mobile units of the past.

Reddit user u/camthehombre shared the original post and provided more information. He says an installer told him that this is the first of Tesla's "prefab" Superchargers, which will allow installers to quickly set up the new units. In fact, this particular unit arrived in Beaver, Utah around lunchtime, and it was installed before the end of the day.

Tesla is already expanding Supercharger stations across the globe, as well as continuously adding more locations. If this concept is true, and it works as advertised, Tesla could exponentially increase its Supercharger presence over a very short period of time.

Tesla To Build The World's Largest Supercharger: Over 100 Stalls

Select California Tesla Supercharger Stations Are Half Off At Night