Renault ZOE volume is down more than half so far this year.

Renault reports 6,260 all-electric car sales in February, which is 17% less than a year ago (after a 47% decline in January).

All-electric cars accounted for 5.1% of the total Renault passenger car sales globally (10.6% in Europe) and 3.4% of commercial vehicles (4.1% in Europe).

The model rank reveals that the Renault ZOE is dragging the sales down significantly. We are not sure what is the exact reason for such a high decrease after the outstanding year of 2020, but it might be a combination of various factors, including self-registrations in late 2020, as well as chip constraints or lower incentives/weakened demand.

The good thing is that Renault Twingo Z.E. partially offset the decrease:

An interesting thing is that this year we see the first Dacia Spring Electric sales (reported by the manufacturer) - 61 in February and 97 during the first two months. Considering the price, it might be a hot seller, but a lot depends also on supply.

The South Korean SM3.Z.E. on the other hand is at 0 units for the second month in a row, which might mean that this model is now retired. 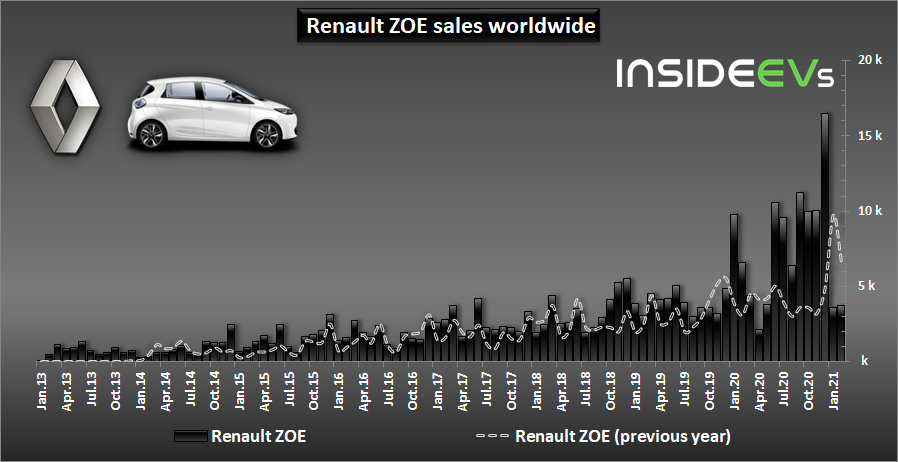